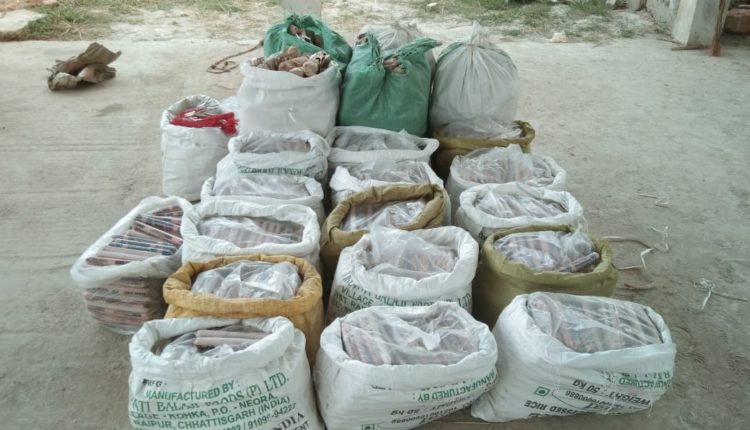 Berhampur: The Ganjam district police have seized a huge cache of explosives from Gopalpur village under Rambha police limits and arrested a person in this connection, police sources said today.

The accused has been identified as Saroj Kumar Pattanaik alias Kuna (35) of Santoshpur in the district. He was apprehended on January 28 and forwarded to the court of JMFC, Khallikote on the same day.

According to police sources, a raid was conducted in Gopalpur village on January 27 on the basis of intelligence input regarding illegal trade and possession of explosives. During search, 392 bags containing 196 quintals of Ammonium Nitrate, 3200 gelatin sticks and 10,406 detonators were seized from a store house of the accused, who could not produce any valid license in support of possession of such explosives.

A case has been registered under relevant sections of the IPC and Explosive Substances Act, and further investigation is underway.