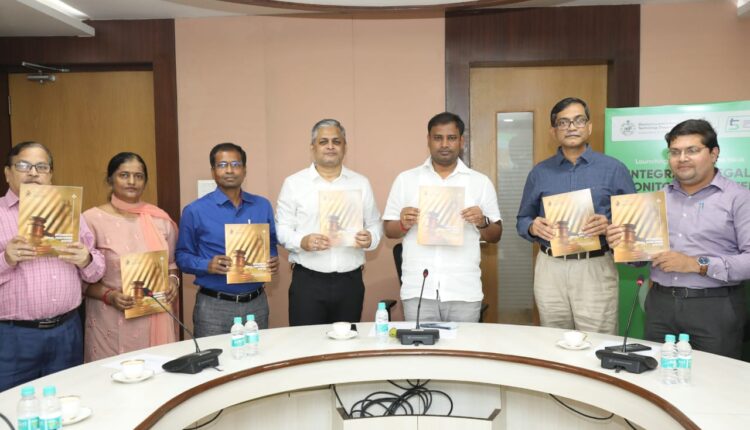 Bhubaneswar: The Odisha Electronics & IT Department today unveiled a book on Integrated Legal Monitoring System (ILMS). The book chronicles the journey of implementation of the robust, seamless solution that helped the state government to cut down the backlog of legal cases with better oversight and enhanced governance, heralding a new era of transparent and efficient case administration and dispensation of justice.

The book was launched by Minister, Electronics & IT Tusharkanti Behera in the presence of Manoj Mishra, Secretary- Electronics & IT and senior officials of Odisha Computer Application Centre (OCAC).

“This book on ILMS traces the journey of the system, talks about its visible benefits and draws a roadmap to the future. ILMS is in sync with the Odisha government’s 5T governance paradigm which has resulted in a drastic reduction in legal caseload for the government departments. The digital solution has made legal case management easier for the departments with features like generating alerts for dates of hearing, filing of counter response, orders by the courts and timeline for compliance”, the Minister said.

Speaking at the book launch ceremony, Mishra said, “This book should serve as a lighthouse on the disruptive potential of technology beyond the delivery of public services. Odisha has been one of the pioneer states in leveraging technologies even for niche areas like legal case management. ILMS with its alerts on key milestones like scheduled date of hearing, the deadline to file a counter response, orders pronounced by court and the timeline for compliance has reset our approach to case management”.

ILMS is one of the reformist technology interventions implemented in Odisha. Post implementation of this system, there has been a phenomenal reduction in the backlog of cases.

The outcomes have been particularly impressive for the School & Mass Education department where the state government piloted this digital initiative. Before the roll out of this system, the department wrestled with the challenge of 10 cases on an average each day with the count surging to around 80,000 cases in 2017. By the end of April 2022, the pendency in court cases had notably reduced to 32654, a decline of 59 per cent.

The Judicial system in India is facing considerable inventory of cases. According to figures by the National Judicial Data Grid, 42.4 million cases are pending at different courts, and in over 40 per cent of these accumulated cases, a government department or office is party to litigations.

The Odisha government has been quick to take the help of technology which can address this challenge. ICT enabled solutions like ILMS have the potential to transform the face of administration and enhance the image of the government in reinforcing the confidence of citizens and investors. Since every detail pertaining to the case can be accessed online from the system, it spares human resources from attending to mundane and cumbersome tasks, orienting them to more productive functions.