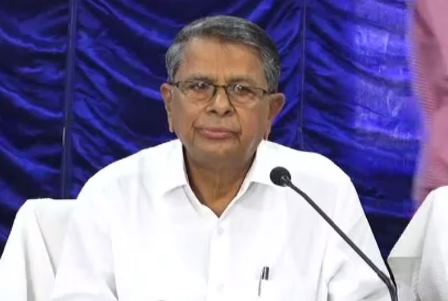 Keonjhar: In an alleged incident of political violence, a youth was brutally attacked by the son of a senior BJD leader and Odisha Minister today in Keonjhar district.

The youth, identified as Prasant Sahu, who sustained multiple injuries was admitted to SCB Medical College and Hospital in Cuttack. His condition is stated to be critical.

According to available information, Debapriya Patra, the younger son of School and Mass Education Minister Badri Narayan Patra, along with some other youths allegedly attacked Prasant Sahu with sharp weapons near Hatibandha under Ghasipura police limits.

The incident took place between 12 and 1 p.m.

A formal complaint has been lodged at Ghasipura police station following the incident.

As per the complaint, Prasant was going towards Guhalia from Belbahali when the minister’s son along with his aides waylaid him and hurled abuses at him indiscriminately. They subsequently thrashed him brutally leaving him critically injured on the spot.

The youth sustained grievous injuries in his hands, chest, stomach, head and other parts of the body.

The locals rushed him to Ghashipura medical and informed his family members.

“At around 2 p.m, we have received a call from a person, saying minister Badri Patra’s son attacked Prasant near Hatibandha,” said the victim’s kin, who was in the spot.

Though the exact reason behind the incident is yet to be known, it is suspected that the attack was fallout of the political enmity.

Meanwhile, the Keonjhar police have launched an investigation into the incident. Till the time of filing this report, no one was arrested or detained in this connection.

It may be recalled here that Minister Badri Narayan Patra’s elder son Debashish Patra was arrested on September 19 on charges of attacking police personnel.