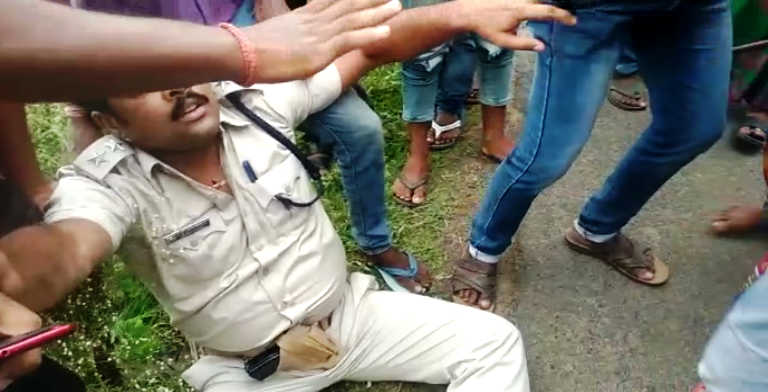 Balasore: Tension gripped Baliapal area in Balasore district after a police official was gheraoed and thrashed by locals in public when the former had gone to probe the death of a minor boy, who was found hanging inside a Dhaba in the locality earlier this morning.

Sources said the body of a minor boy identified as Bijaya Dalai of  Bhogarai area, was found hanging from the ceiling of a Dhaba near IDCO Chhak on Baliapal-Basta road this morning. He had been working at the dhaba for last two years. After finding him dead, his family members called up police.

When the Inspector In-Charge (IIC) of Baliapal police station reached the spot for an inquiry, angry locals manhandled with the cop and also thrashed him leaving him injured. The irate locals also ransacked the hotel and later staged a road blockade by burning tyres on the road.

Later, a police team rushed to the spot and rescued the cop from the villagers’ clutch. The police were pacifying the mob till last reports came in.