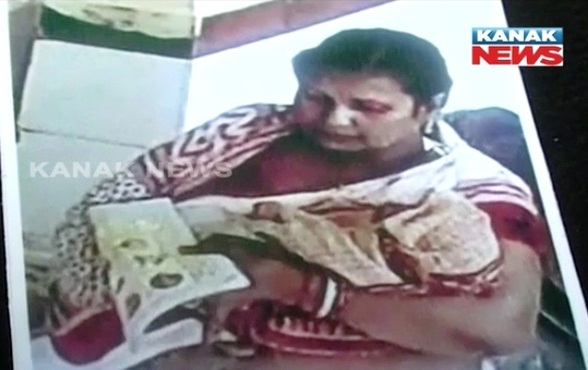 In a major breakthrough in newborn theft case, police have arrested woman, who allegedly stole a newborn from SCB Medical College and Hospital in Cuttack.

Police arrested the accused woman identified as Manasi Samal. Besides, the cops rescued two newborns from Kafla Bazar and from Barang area. The rescued babies have been admitted to SNCU of SCB Medical College and Hospital in Cuttack.

The woman was accused of stealing newborns from SCB on January 5 and March 8 identifying herself as ASHA worker. Yesterday, police had released the sketch of the suspect to nab her.

Notably, a woman from Kankadahada village in Dhenkanal district had delivered a baby boy on Tuesday at SCBMCH. The following day, the newborn’s aunt took him for immunization near the Obstetrics and Gynaecology department. In the meantime, a woman introduced her to be an ASHA worker and offered help to get the baby immunized.

The accused woman took the baby into his arms and proceeded towards the immunization centre to get him immunized. After the process was over, the woman disappeared from the department following which a case was registered with Mangalabag police station on Wednesday.

It was second such incident in less than three months’ time. Police suspect involvement of a racket in stealing of newborn children from the hospital premises.

Celebrations break out at UP BJP office, silence at SP office