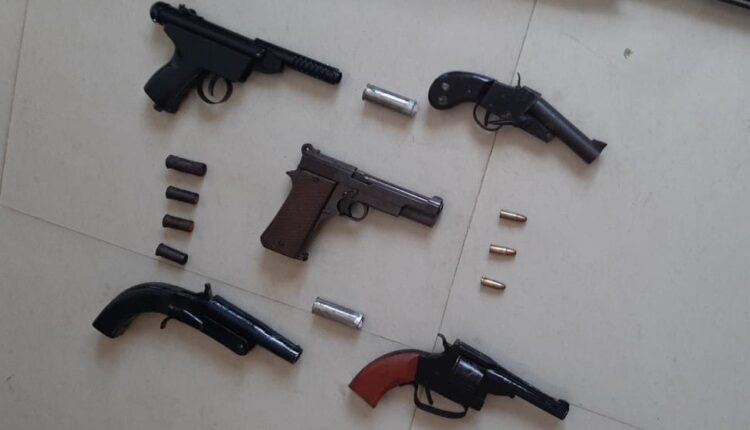 Bhubaneswar: The Special Task Force (STF) of the Odisha Police busted illegal sale of firearms yesterday and seized as many as 10 guns besides arresting two criminals.

The accused have been identified as Basanta Moharana of Nayagarh and Krushna Chandra Srichandan of Khordha town. Five pistols/revolvers, 5 SBML guns, 8 rounds of live ammunition, one empty cartridge, one motorcycle and other incriminating materials have been seized from their possession.

The STF carried out a raid on the basis of intelligence input regarding illegal possession/ sale of illegal firearms near village Siko under Jankia police limits in Khordha district.