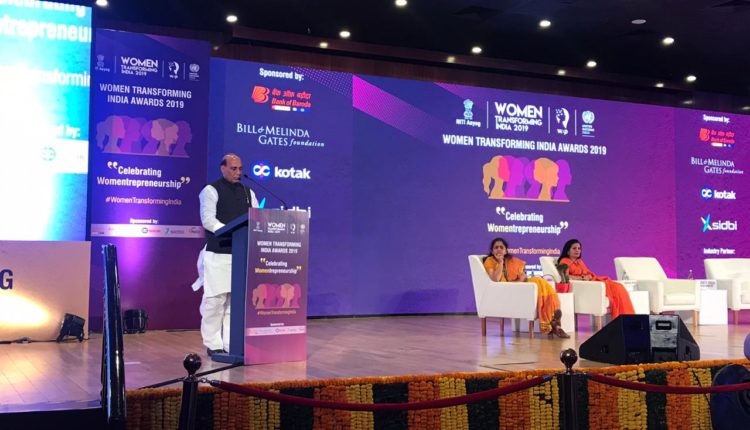 Bhubaneswar: Jayanti Pradhan, an agro-processor and farmer from Odisha, was today conferred with the ‘Women Transforming India’ (WTI) Award in New Delhi.

She received the award from Defence Minister Rajnath Singh. Pradhan has been educating women in her community and equipping them with the tools and knowledge of mushroom farming to enable them to become financially independent.

WTI Awards are NITI Aayog’s initiative to highlight the commendable and ground-breaking endeavours of India’s women leaders and changemakers. Since 2018, the Awards have been hosted under the aegis of NITI Aayog’s Women Entrepreneurship Platform with a special focus on entrepreneurship.