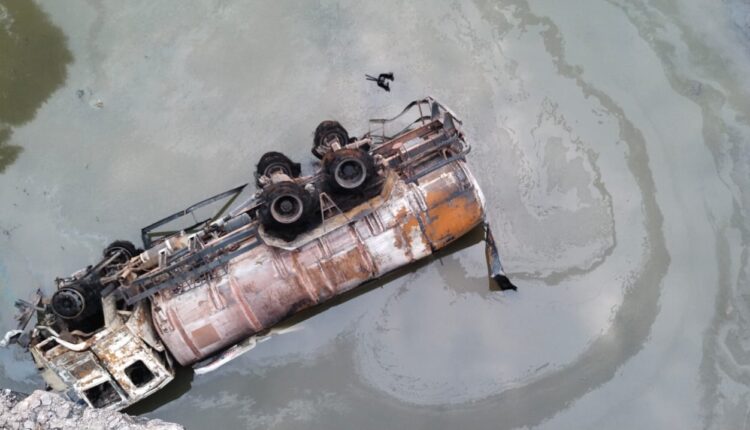 Nayagarh: At least four persons were killed after a fuel-laden tanker plunged into a river and exploded in the wee hours here in the district.

While two deceased persons have been identified as Sameer Nayak and Pankaj Nayak of Sanapandusar area, the identity of two others is yet to be ascertained.

The incident occurred at 2 am on Friday night near Itamati area in Nayagarh district.

According to reports, the oil tanker was enroute to Sambalpur from Cuttack. It fell off a bridge to Kusumi River after the driver lost control over the wheels near Badapandusar under Itamati police limits.

The tanker loaded with petrol suddenly exploded after it plunged into the waterbody killing both the driver Sameer Nayak and helper Pankaj Nayak in the incident.

On receiving information, the local police reached the spot and with help of fire services personnel, they recovered the bodies from the water.

Source said that two other persons died in the mishap while trying to save lives of driver and helper.