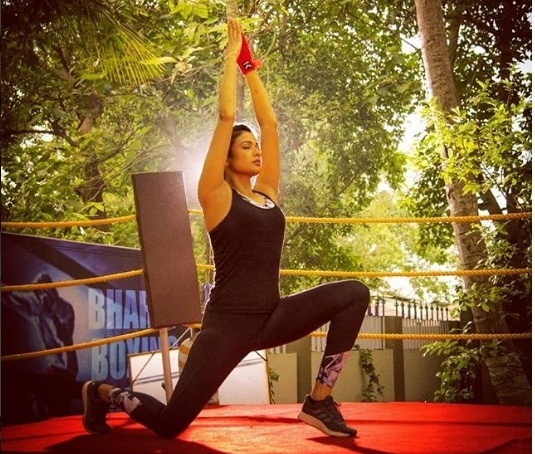 Bhubaneswar: Ollywood actor Archita Sahu has kept the social media abuzz with the promotions of her upcoming movie Champion. She had uploaded many visuals of herself on the set, prepping for her action sequences with the cast and crew.

Recently, she posted a video of herself working out to look the part of a boxer who she portrays in the film. Babu I Love You actor is seen sweating it out in the gym to develop stamina and get the desired cuts in the right places for the build of a boxer.

In a chat with Odisha Sun Times, she said, “I had been working out for more than two hours a day everyday at the gym. To top that, I had boxing coaching for four hours. I have been working out really hard for the last six months. I needed the upper body and strength training, else I would have drained out during the shoot. That’s why, I needed an intense workout schedule.”

Champion traces the journey of a village girl as she overcomes obstacles, fights for the rights of the villagers. and goes on to become a sportswoman despite all odds.

The ACP Sagarika of Ollywood also revealed that her character has multiple shades and four distinct looks in the movie. “It is a pretty taxing character. Odia audience always complain of the regularity of storylines in Ollywood. So here we are, with a brand new and original script,” she added.

Director K. Murali Krishna and producers K.Gandhar Reddy and Deepti (who is a Kung fu artist herself), have roped in Baidyanath as the music director for this film and have cast Sushansu Narayan, Prithviraj, Manoj Mishra.

Watch out for spine-chilling graphic sequences in Odia 3D…