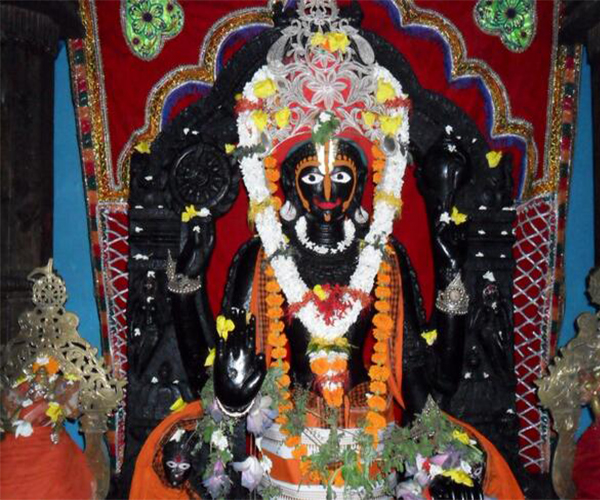 Brahmagiri: Thousands of devotees flocked the famous Alarnath temple in Brahmagiri of Puri district in Odisha to have darshan of lord Vishnu during Anasar rituals of Lord Jagannath at century old Jagannath temple.

On first day on Saturday, over 60,000 devotees had darshan of lord Alarnath at the shrine.

The devotees made a beeline before opening of the main entrance to get glimpse of lord. The door was opened early at 4 am. There was a huge crowd at the temple premises till 6 pm.

The number of devotees will increase from Sunday, the administration estimated.

Elaborate arrangements have been made by the district administration for smooth movement of devotees during Anasar darshan. Five platoons of police forces, 20 officers, one platoon women police, 10 traffic police and 50 home guards have been deployed in the area to maintain law and order.

There is a belief that the lords fall sick (fever) at Jagannath temple after taking holy shower with 108 pots of water blended with aromatic herbs, perfumes, flowers, sandal, aguru and many more. The idols are not kept on the pedestal. They undergo herbal treatment for 15 days. That period is called Anasar. But, lord Jagannath manifests in Alarnath during Anasar of deities.

As the devotees will not be able to see Chaturdha Murti (Lord Jagannath, Balabhadra, Devi Subhadra and Sudarshan) for 15 days at the century old Jagannath temple in Puri during Anasar rituals after the sacred Snana Yatra held on Sanan Mandap on Friday, they throng Alarnath temple to have darshan of Lord Jagannath during this fortnight every year. They taste the kheer – the famous prasad of lord Alarnath.