Bhubaneswar: The healthcare workers in the country are the worst victims in battle against COVID-19 as the deadly virus has claimed over 700 lives of doctors in second wave of the pandemic.

So far, 719 doctors have died of COVID-19 during second wave in the country, revealed a list by Indian Medical Association (IMA)

As per the list, Bihar registered the highest of 111 martyrs followed by Delhi (109). While Uttar Pradesh lost 79 doctors to the virus so far, 63 doctors have died due to the disease in West Bengal.

Here’s the State-wise list of doctors died in COVID-19 second wave so far: 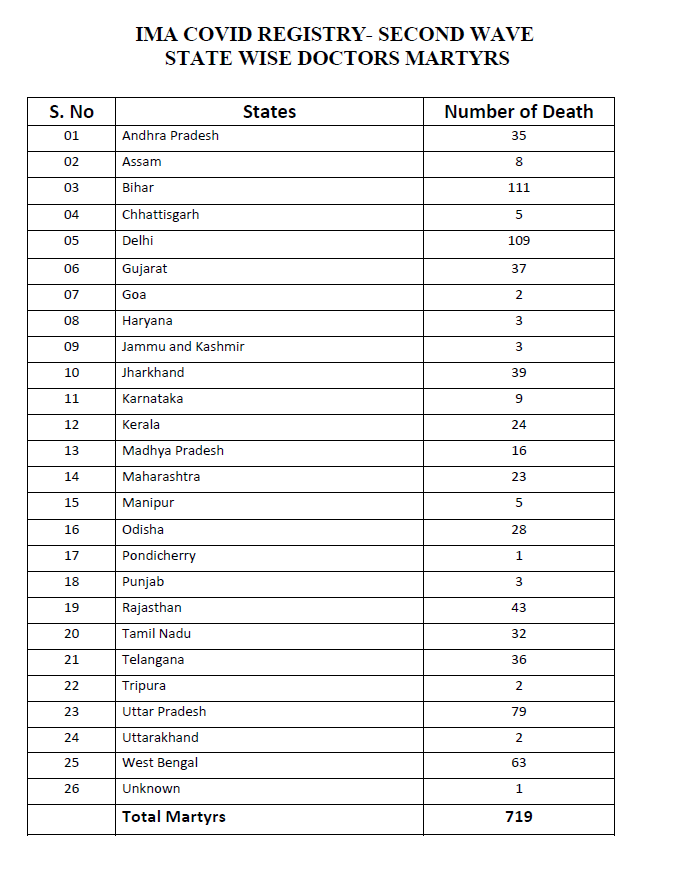 Doctors death due to COVID-19