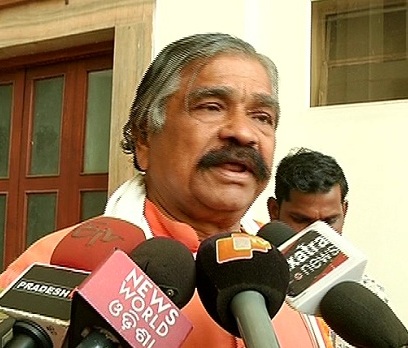 The Congress and Samajwadi Party today vowed to oppose Chhattisgarh Chief Minister Raman Singh’s visit to Odisha while ruling BJD has left it to the people to decide.

Singh who has been courting controversy over arbitrary construction of barrages and dams upstream of Mahanadi without Odisha’s consent and thus restricting the flow of water from the river into the state has been named as a star campaigner by the BJP for the three-tier panchayat elections in the state.

“Chhattisgarh Chief Minister Raman Singh’s visit for campaigning in the panchayat elections will be opposed. It is he who has stopped Mahanadi’s water from flowing into Odisha. He won’t be allowed to step on Odisha soil,” roared senior Congress leader Suresh Routray.

Similar sentiments have been expressed by the Samajwadi Party against the Chhattisgarh Chief Minister.

Buoyed Congress expects BJD ouster in Odisha in next polls

“In whichever district Raman Singh will campaign we will oppose him. We will campaign against him. We won’t allow him to set feet on Odisha soil,” stated Rabi Behera, Odisha state unit president of the Samajwadi Party.

The ruling BJD has, on the other hand, said people will seek answers from Singh over Chhattisgarh government’s unilateral moves over Mahanadi water.

“People of Odisha will certainly seek answers from Raman Singh who has been terming Mahanadi issue as mere political drama. People will ask what issue he has for Odisha,” said BJD spokesperson Sashi Bhusan Behera.

With the Congress and Samajwadi Party threatening to oppose Singh’s visit to the state, the saffron party has found itself on a sticky wicket.

It may be noted here that nearly half of Odisha’s populace are a worried lot over probable drying up of the Mahanadi’s flow into Odisha with Chhattisgarh government constructing over hundred barrages upstream of the river with money from industrial houses to supply water to 40 thermal power plants and several mineral based industries.

According to estimates flow into the Hirakud dam has already reduced, after these industries become operational, the dam is likely to dry up in the non-monsoon season.

Mahanadi issue: Bijoy Mohapatra turns a pain in the neck for…