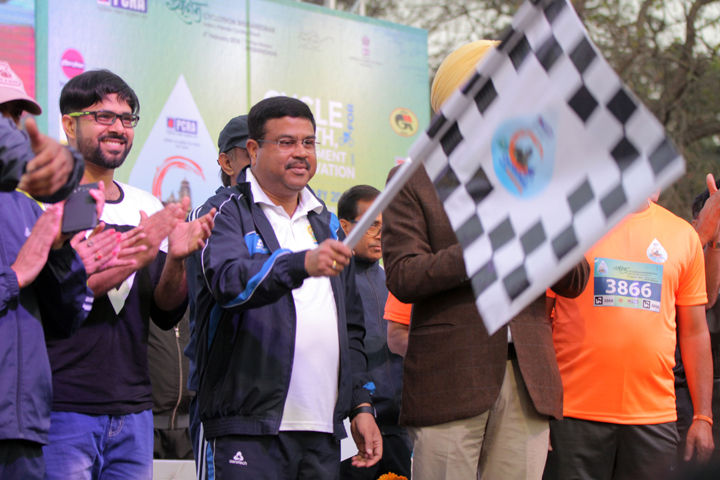 This cyclothon was organised to create awareness about health, environment and conservation of oil and gas in Bhubaneswar.

Pradhan said the benefits of cycling are not only limited to protect the environment or fuel conservation but it also carries huge health and fitness dividends.

He added that judicious use of various forms of energy and its conservation is a matter of vital importance to all for the betterment of society and a healthy environment.

Pradhan appealed to all citizens to join in the movement for conserving the finite petroleum resources through practicing simple, easily implementable tips while using petroleum products in cooking, transport, agriculture and industries for maximum utilisation and efficiency.

The Saksham Cyclothon attracted more than 10,000 participants from all walks of life.

While the Elite categories were for serious cyclists, the 11 km Green Rides allowed participants to experience the joy of cycling while promoting fuel conservation, with the underlying message of reducing excessive dependency on oil for a cleaner and greener environment.

Cash prizes totalling Rs 6 lakh were awarded across various categories. In addition, 50 cycles were distributed to participants through a lucky draw.

The Bhubaneswar cyclothon was organised by the Petroleum Conservation and Research Association (PCRA) and supported by the oil companies. (IANS)