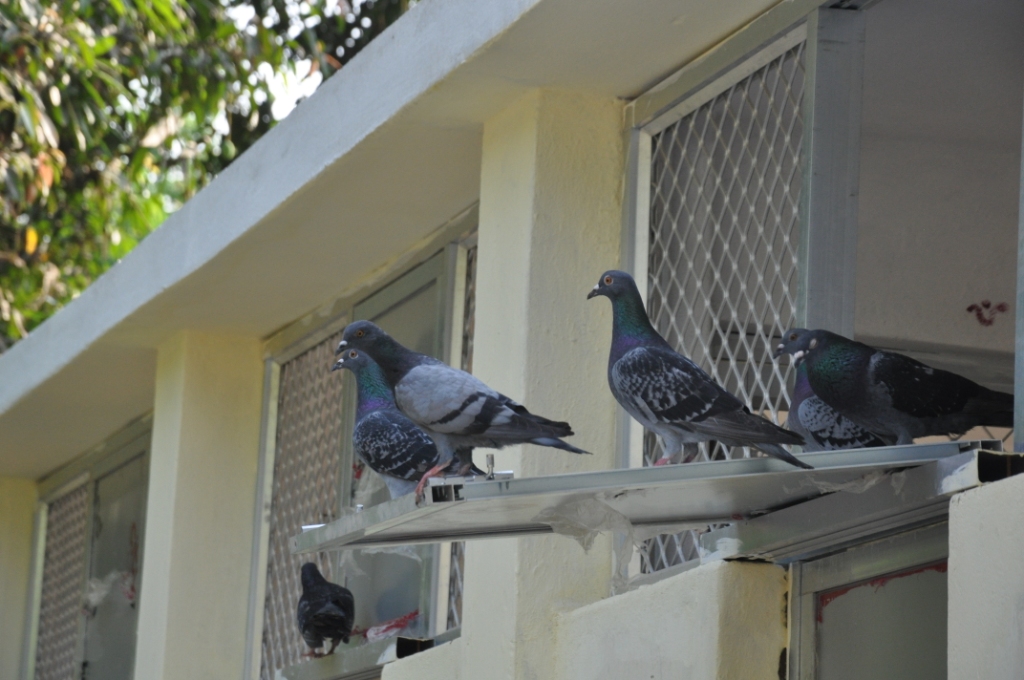 Bhubaneswar: At a time where India Post’s telegram service could not withstand the technological advancements in message delivery system, pigeongram is still meeting the deadline unfailingly even after over seven decades of its inception in Odisha.

The Indian National Trust for Arts and Cultural Heritage (INTACH) held a heritage flight of Carrier Pigeons of the Odisha Police Pigeon service from Bhubaneswar to Cuttack. The fifty pigeons that were flown from the OUAT Grounds carried a missive with a message on heritage conservation and preservation.

Speaking on the occasion, Amiya Bhusan Tripathy, the former DGP and State Convener of INTACH, praised the Police Department for keeping the service alive and flying. He lauded the determination of the men who run India’s only police pigeon service and have guaranteed its survival into the next millennium.

B.N.Das, S.P (Signal) said that Odisha was the only state in India to use carrier pigeons to communicate among police stations. He said that the Pigeon Service is still kept alive due to its rich and glorious tradition.

Anil Dhir from INTACH who is also an eminent philatelist, said that this unique aspect of Odishan heritage should be highlighted. He said that nowhere else in the world is such a service still in operation officially. These Pigeongrams are cherished by collectors and philatelists all over the world. He said that maintaining the Pigeon Service is a living example of keeping tradition along with modernity. The heritage flight has generated a lot of interest in the collector’s community worldwide and that he is deluged with requests for the carried missives.

The Odisha Police Pigeon service, which is more than 70 years old, remains the only one of its kind in the world. This remarkably sophisticated unique service is a pleasant anachronism in this day of telecommunications, e-mail and networking.

The Odisha Police Pigeon Service dates back to 1946 when 200 pigeons were handed over to them by the army on an experimental basis to establish communications with areas that had neither wireless nor telephone links. The service was first pioneered in the mountainous Koraput district, and its success and reliability resulted in it being introduced in almost all the districts with over 700 sturdy Belgian Homer pigeons ferrying messages to assigned destinations. The Service was headquartered in Cuttack where a breeding centre was set up. For years, these dependable birds have been a vital link between remote police stations when traditional communications failed, they have delivered messages beating storms, disasters – and birds of prey. The messages, written on a piece of paper are inserted into plastic capsule, which are tied to the feet of the pigeon.

These pigeons were extensively used during floods and the Super Cyclone in 1999, as radio networks were disrupted. The Pigeon Service was the only line of communication to the marooned town of Banki during the disastrous flood in 1982, when almost all communication lines had collapsed. The Pigeons have outsmarted many criminals and helped in nabbing many crooks on the run.

The most interesting anecdote of the Pigeon Service is when the first Prime Minister of India, Jawaharlal Nehru visited Sambalpur to lay the foundation of the Hirakud Dam. Nehru, a leader of the masses, was annoyed that the public had been kept away from the place and gave instructions that at his next function, which was to happen at Cuttack, the “arrangements for the public meeting should not be such as to separate the speaker from the audience”. On April 13, 1948, his note on a missive was sent through a Pigeon to the officials at Cuttack from Sambalpur. While the Prime Minister took seven hours to reach Cuttack, the message was delivered in just five hours. The original note in Nehru’s handwriting and with his signature is with a Philatelist of Cuttack.

Noted environmentalist Dr. Biswajit Mohanty says that “the old pigeon tradition should be kept alive. These pigeons are excluded from the Wildlife Protection Act, so they can be used. It is a vanishing art which should be protected.”

According to noted ornithologist Panchami Manoo Ukil,”Carrier pigeons are by no means a recent introduction in India. Pigeon breeding is an art that goes back to Mughal days. They can be seen on Mughal paintings, carrying love messages into harems or secret military instructions to soldiers in the field. Emperor Shah Jahan was one on the greatest breeders of pigeons. This unique tradition should be preserved.”

The Belgian Homer Pigeons, which can fly 25kms in just 15 to 25 minutes, live up to 20 years and are trained from the age of six weeks. These powerfully built birds can fly up to 500 miles at a stretch at up to 55 kms per hour, depending on the weather. They are different from traditional pigeons with larger beaks and wattles, red eyes, round heads and thicker napes. The pigeons are classified as hens, cocks, breeders and squeakers – the local name for growing young birds still not able to fly.

In its initial years, the service was of three types, static or one-way, boomerang or two-way and the mobile. The mobile service was mainly used by the 6th Odisha State Armed Police (OSAP) battalion, which carried the birds with it when on the move. The Static Service was a one-way communication: pigeons accompanying a police party are sent back to their loft bearing messages in tiny metal cylinders attached to their legs. The Boomerang Service, operated by older and better-trained pigeons was a two-way exchange of messages. The birds flew to a particular police station or an outpost, fed from a wooden box stacked with grain, and then made the return journey home with their message.

A few years back, the government had decided to wind up the Pigeon Service as it was redundant, but good sense prevailed and a token service is still being maintained. The heritage ceremony was attended by many people including school children, both in Bhubaneswar and Cuttack. All the pigeons reached the Cuttack Loft within one hour.

What almanac predicts about Odisha in next one year