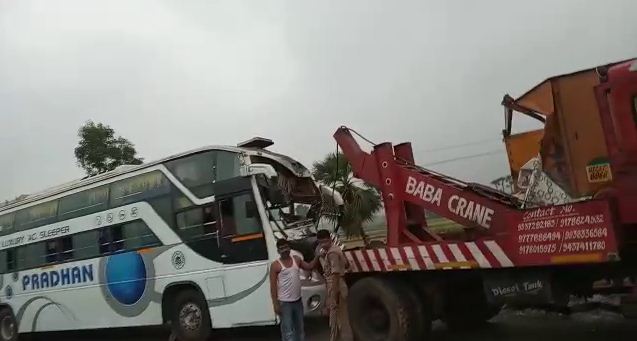 Balasore: At least 12 pilgrims sustained injuries after the bus in which they were travelling rammed into a truck on NH-16 near Doisada under Soro police limits in Odisha’s Balasore district today.

The ill-fated bus ‘Pradhan & Pradhan’ was carrying around 60 pilgrims of Sundar Nagar in Gujarat to Kolkata from Puri. The vehicle dashed against a stationary LPG cylinder-laden truck from rear as the driver of the bus lost control over the wheels.

On being informed, police reached the spot, rescued the victims and admitted them to Soro hospital. Condition of the injured ones is stated to be stable, hospital sources said.