Pratap Sarangi: The giant slayer with a simple lifestyle 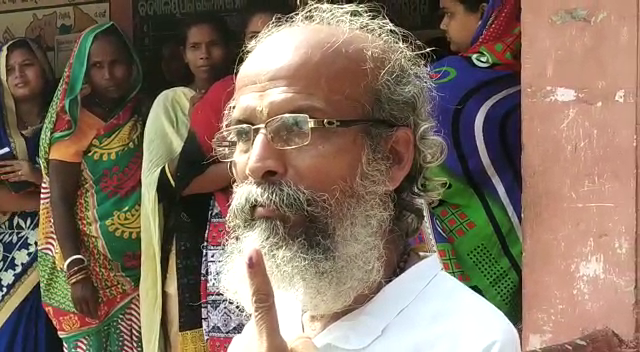 Bhubaneswar: Pratap Chandra Sarangi, who is known for a very simple lifestyle and using bicycle as a mode of transport, on Thursday got the prize of being a giant killer in the recently concluded 2019 Lok Sabha elections as he was inducted into the Narendra Modi Cabinet as the Minister of State.

Sarangi, a two-time independent MLA from Nilgiri in Odisha, contested as the BJP’s candidate from Balasore and turned out to be the giant killer in the elections as he was contesting against two of the richest candidates in the elections.

Jena is the proprietor of a news channel named News World Odisha, who had earlier also served as CEO, then as managing director of Balasore Alloys. Jena got the backing of Odisha Chief MInister Naveen Patnaik during his electoral battle.

However, banking on Modi’s wave and his own goodwill, Sarangi won the race, leaving Jena stunned, who was largely believed to be invincible from the Balasore parliamentary constituency. Modi had also campaigned for Sarangi in Balasore.

During campaigning, Sarangi campaigned in hired autorickshaw. On the other hand, his opponents used luxury vehicles for campaigning. Sarangi, 64, is known as a firebrand speaker and a good orator.