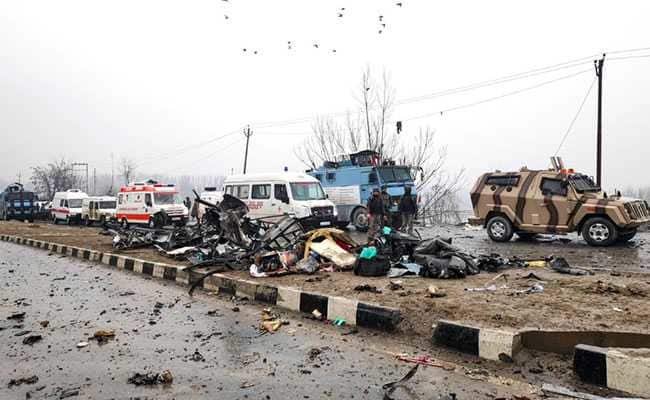 Srinagar: The death toll in a horrific suicide bombing on a CRPF convoy in Jammu and Kashmir rose to 49 on Friday after four more of the injured troopers succumbed to their injuries here, an official said.

The latest casualties were occupants of the Central Reserve Police Force (CRPF) vehicle that was following the CRPF bus rammed by a SUV packed with explosives on the Srinagar-Jammu highway in Pulwama district on Thursday.

A CRPF official said that all 44 occupants of the targeted CRPF bus had died and five others in the other vehicle had also passed away.

Another 34 troopers were being treated in an Army hospital here for multiple injuries.

The Thursday horror was the worst loss to security forces on any single day in Jammu and Kashmir since a separatist campaign broke out in 1989 and drew international condemnation.