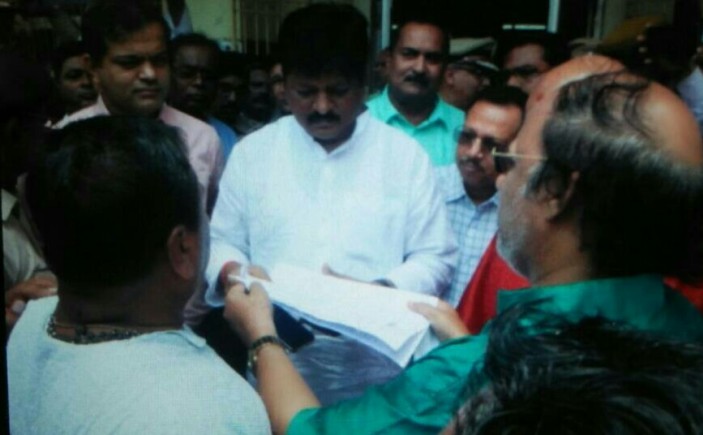 The servitors of Shri Jagannath temple in Puri boycotted the Rath Yatra Coordination Meeting convened by district collector here today. They handed over a memorandum to Odisha Law Minister Pratap Jena demanding to retain their right to climb on the chariots and touch the deities during car festival.

The memorandum was submitted to Jena while he was going to attend the coordination meeting at premises of Gopabandhu Ayurveda College in pilgrim town this morning. The servitors took out a march towards the venue and handed over the letter to the minister over various issues related to their right.

A group of servitors alleged the temple and district administration of curtailing their rights by creating authorised and unauthorised controversies in darshan system of Lord Jagannath, Lord Balabhadra and Devi Subhadra during world famous Rath Yatra in Puri.

The servitors and district collector differed on the issue of darshan and touching of deities on chariots at a meeting held on June 1 attended by the servitors of various nijogas and peace committee members, the servitors said in a memorandum.

As per Sri Mandir Swata Lipi, worshipping the lords with complete rituals and maintaining the rules are our duty. The rights and unauthorised services of servitors and their families have been mentioned nowhere in Shri Jagannath philosophy. However, the opinion of Shankaracharya can be taken about the policies and rules of Shri Jagannath. Although, darshan and touching the deities are the birth right of servitors, we feel that their rights are being curtailed by the administration by creating issues and controversies excluding Sri Jagannath culture and tradition, the memorandum read.

They urged to retain Jagannath rules, tradition and customs regarding darshan and touching right of servitors giving a clear message that no coordination with the administration is possible without meeting their demand.