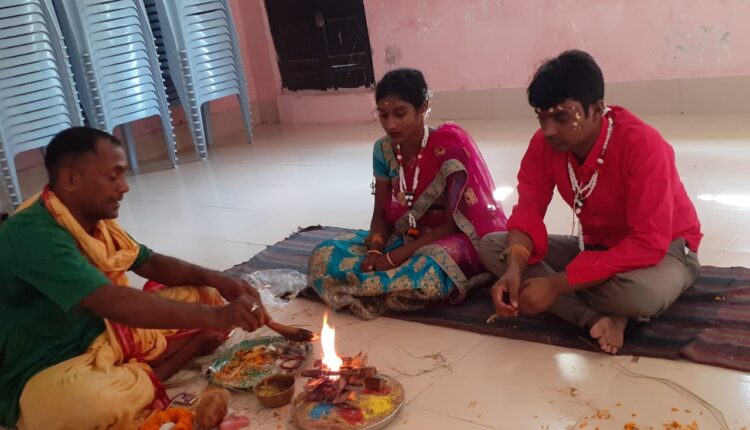 The wedding was solemnised as per Hindu tradition in presence of jail authorities and other prisoners inside the jail.

According to reports, Akash Nayak alias Bunty, a resident of Jatni area in Khordha district, was arrested for cheating a minor girl after impregnating her in 2020.

Based on a complaint by the victim, the accused was arrested and lodged at Jharpada jail.

Recently, the jail authorities permitted the accused, who was in prison for last 2 years, for his wedding with the victim.

“Accused Akash was booked under POCSO Act. Following order by the court on September 6, the permission for wedding was granted by the DG, Prisoner on Thursday. The marriage was held on Friday,” informed lawyer Laxmipriya Dash, who was also present at the event yesterday.