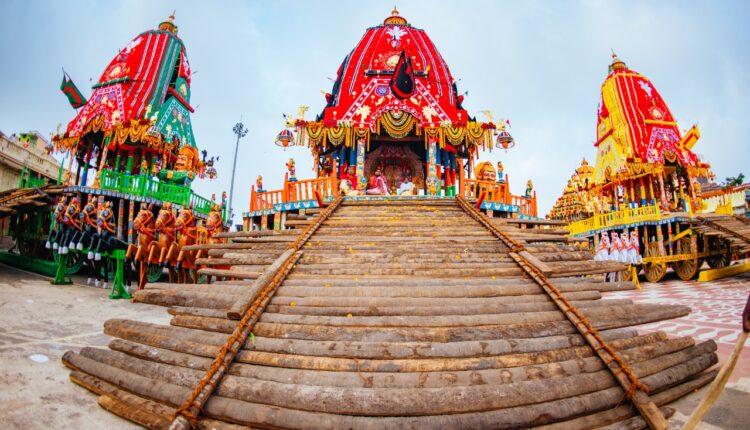 Puri: Even as Lord Jagannath is the Avtari (the creator), performs various roles like human beings and Hera Panchami is one of His divine acts during 9-day Ratha Jatra in Odisha’s pilgrim town Puri.

This is the day when Goddess Lakshmi breaks a part of Nandighosha chariot parked in front of the Gundicha Temple.

However, the devotees will be prohibited to witness the ritual this year due to COVID-19 restrictions on the auspicious occasion Hera Panchami, which is the symbol of conjugal love between Lord Jagannath and His wife Goddess Lakshmi.

Hera Panchami is one of the mysterious and exciting rituals during Ratha Jatra. The ritual is performed on fifth day of Ratha Jatra when Lord Jagannath along with his siblings Lord Balabhadra and Devi Subhadra and weapon Sudarshan visits Gundicha temple on chariots.

As Lord Jagannath stays at Gundicha Temple along with siblings and surrounded by devotees inside the shrine, He never gets chance to meet His wife. Being annoyed with Lord Jagannath, Goddess Lakshmi throws ‘Moha Churna’ (a herb in powder form to attract husband), given by Goddess Bimala, on Her husband for His early return to Srimandir, said a devotee.

As part of the effect of the herbal powder, the Pati Mahapatra offers an ‘Agyan Mala’ (a garland of consent) on behalf of Lord Jagannath to Goddess Lakshmi assuring her to return to Srimandir after three days.

On Hera Panchami, the servitors carry Goddess Lakshmi on a palanquin in a grand procession to the Gundicha temple. The palanquin halts near Nandighosha chariot where the Pati Mahapatra – a representative of Lord Jagannath – welcomes Goddess Lakshmi with ‘Bandapana’. She was taken near the Jaya Bijaya Dwara and from palanquin she throws the ‘Moha Churna’ given by Goddess Bimala upon her husband Lord Jagannath.

As Goddess Lakshmi does not get enough time to have darshan of Lord Jagannath due to evening rituals of deities, she gets angry and breaks a part of Nandhighosha chariot while returning to Srimandir.

The Goddess visits the Gundicha Temple in a grand procession, but returns to Srimandir via Gohiri Sahi route.

As the Goddess feels guilty of breaking a part of Nandighosha chariot, she returns to Srimandir via Gohiri Sahi route without any procession, said a servitor.

Another interesting fact is also found in ‘Ratha Chakada’ scripture that Hera Panchami was introduced by the King Kapilendra Deb.

Earlier, the ritual was performed through chanting. But, the king had conducted the rituals in a grand way in which the Panchu Pandav was also taking part.