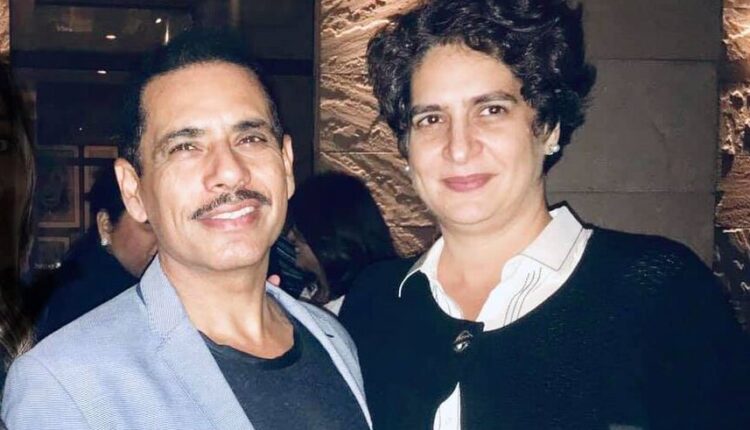 Lucknow/New Delhi: Robert Vadra, husband of Priyanka Gandhi Vadra, was today allegedly stopped at the Delhi airport from going to Lucknow to meet his wife, who is lodged in UP’s Sitapur temporary jail.

Speaking to IANS over the phone, he said, “Last night I went to the airport only to be informed that I will not be allowed to exit. But I will try again to reach her today.”

Vadra said, “I have been stopped to get to Lucknow, UP to check on my wife and make sure she is fine and well. I am shocked beyond belief at how Priyanka has been arrested under Section 151 of the Indian Penal Code (IPC). I spoke with her yesterday & she informed me that she has not been served with any order or notice. She has not been produced before a judicial officer and has not been allowed to meet her legal counsel.”

“I am really worried for her & I had packed my bag to go to Lucknow now, when I was informed that I won’t be allowed to step out of the airport. This is totally shocking that as a husband I can’t even go & support my wife. Thankfully, she has a huge support of the masses.

“But for me, my family & my wife comes first.I really hope & pray that she is released soon & is back home safe.” he wrote on the his Facebook page

But for me, my family & my wife comes first.I really hope & pray that she is released soon & is back home safe.” he wrote on the his Facebook page

Priyanka Gandhi Vadra too has said that she is illegally confined. Narrating about her arrest, Priyanka had said, “I have been placed under arrest as verbally informed to me by the arresting officer DCP Piyush Kumar Singh, CO City, Sitapur, under section 151 at 4.30 a.m. on October 4, 2021. At the time I was arrested I was travelling within the district of Sitapur, approximately 20 km from the border of Lakhimpur Kheri which was under section 144, however to my knowledge section 144 was not imposed in Sitapur.”

She said she was travelling in a single vehicle with four other persons, two local Congress workers and Deepender Hooda and Sandeep Singh. There was no security car or no other Congress workers there, she said.

“I was then driven to the PAC compound, Sitapur accompanied by 2 female and 2 male constables. Having been brought to the PAC compound, no further communication regarding the circumstances or the reasons, or the sections under which I have been charged have been communicated to me by the UP Police or administration until now, 38 hours later at 6.30 p.m. on October 5.”

She alleged in her statement that she has not been served with any order or notice. “Nor have they shown me an FIR,” she alleged.

Is Giloy safe to use? Ministry of Ayush issues advisory