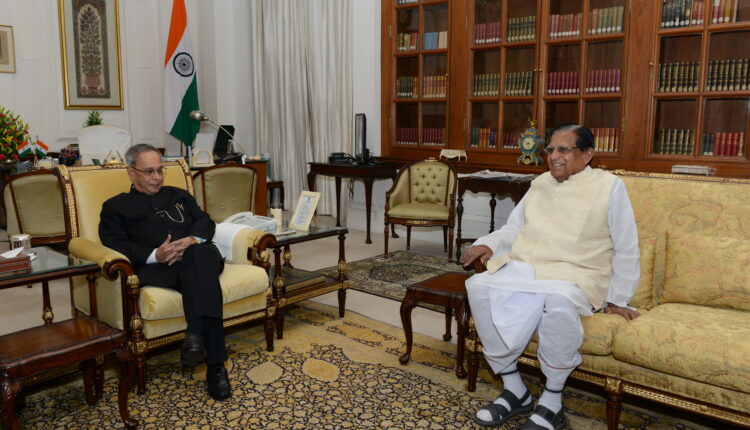 Sambalpur: Former President of India and Bharat Ratna Pranab Mukherjee wanted to visit Sambalpur. He had made up his mind to come to Sambalpur to deliver the inaugural ‘Sriballav Panigrahi Memorial Lecture’ and pay homage to his friend and party colleague Sriballav Panigrahi. The lecture was supposed to be organized by the Sriballav&Sunanda Panigrahi Foundation and was scheduled for March, 2020. This was revealed by  Priyadarshee Panigrahi prominent Non-Resident Indian and the elder son of Late Sriballav and Sunanda Panigrahi on the occasion of the 81st Birthday of his father (2nd September 1940).

Priyadarshee said that he had approached Pranab Babu to deliver the inaugural lecture because of the close relationship Sriballav shared with Pranab Babu. Sriballav had worked with Pranab Babu within party forums and also while both of them were in the Government during the Prime Ministership of P.V.Narasimha Rao. Pranab Babu at one point in time was also Congress’ General Secretary in-charge of Odisha affairs. ‘We thought Bharat Ratna Pranab Babu’s presence and delivery of the first lecture in memory of my father would have been a befitting tribute to his legacy’ said Rajarshi, Sriballav Babu’s younger son and a senior investment professional.

Pranab Babu’s fondness for Sriballav could be gauged from the fact that he gave his son Priyadarshee an appointment to visit him within a few hours of receiving such a request. Priyadarshee said he had met Pranab Babu twice – once on the 14th of March, 2019 and then again on the 19th of Dec’2019. Pranab Babu had received Priyadarshee very warmly. He mentioned that Sriballav babu was his close friend and had fondly remembered the times that they had worked together. He also immediately agreed to deliver the lecture. He asked about the location of the lecture and was informed that it will be Sambalpur. 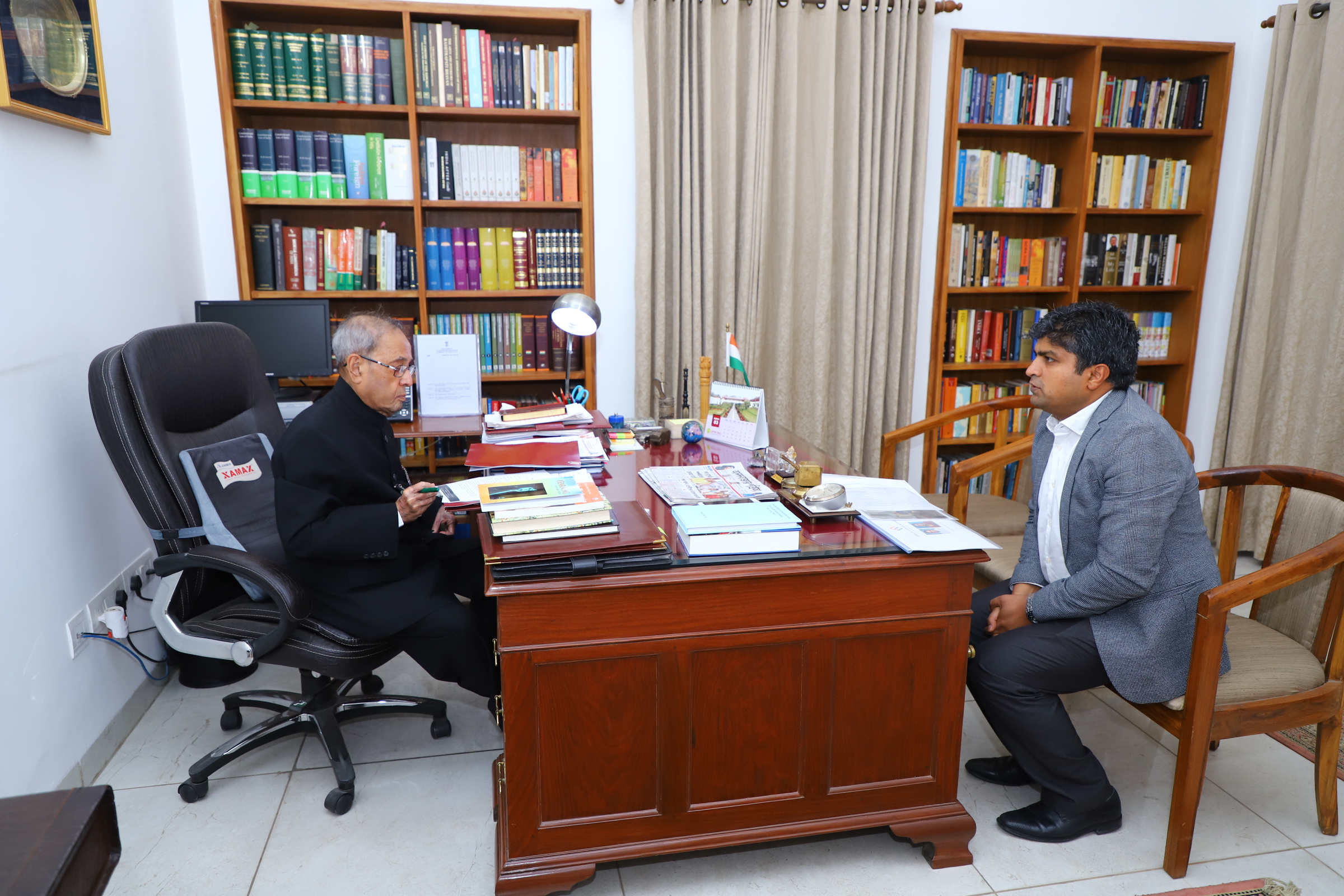 Pranab babu had an old relationship with Sambalpur as well. He had some close family friends living there. A.N. Guha (after whom a road has been named in Sambalpur) was the person whom he used to visit. He used to stay with the family as well.

In the December 2019 meeting Pranab Babu told Priydarshee in Bengali ‘Marche lecture hoteparbe’. This was the signal that the team was waiting for and his travel plans started being worked out. The presence of a fully functional Jharsuguda airport (just about 50 kms away from Sambalpur) was a big enabling factor. It was envisaged to bring him to Sambalpur from Kolkata through the Jharsuguda airport in the morning and make him leave for Kolkata, again through the Jharsuguda Airport, in the evening.

However, as fate would have it, the Coronavirus pandemic struck and India was in the throes of a total lockdown in March due to which  the lecture got postponed. The pandemic raged on and then came the news that Pranab Babu developed a blood clot after a fall in his residence on the 10th of August. He was operated upon. However, he could not recover and left for his heavenly abode on the 31st of August. His wish to visit Sambalpur in memory of his friend Sriballav Panigrahi remained unfulfilled and the delivery of the inaugural lecture by one of India’s greatest sons could not happen.

Sriballav Panigrahi was a leading public figure from Odisha who had the distinction of being the youngest cabinet minister in India in the year 1973, when he was inducted into the then Chief Minister Smt. Nandini Satpathy’s cabinet at the age of 32. Sriballav went on to become a two-term member of the Odisha Legislative Assembly and was also elected to the Lok Sabha three times.

A strong administrator, Sriballav had a squeaky-clean reputation and was responsible for many large scale projects that came into Western Odisha like the Mahanadi Coalfields Limited (MCL) Headquarters at Burla and the Railway Division at Sambalpur.

He was also known as a strong trade-union leader and was the President of one of Odisha’s largest trade-unions – Odisha Collieries Mazdoor Sangh (OCMS). A man who promoted education till his last breath, Sriballav was also the President of the New Life Education Trust (NLET) which ran more than 300 Sri Aurobindo Schools in Odisha.

Sriballav& Sunanda Panigrahi foundation aims at promoting the values and ideals that were close to the hearts of Sriballav Babu and Sunanda Devi. Among other things, it will aim to promote probity in public life, good governance and try to empower the marginalized and deprived sections of the society particularly through education.

The flagship program of the foundation will be the annual ‘Sriballav Panigrahi Memorial Lecture’ which aims to create and promote enlightened public opinion on various issues affecting the people, particularly related to probity in public life and good governance. An eminent personality will deliver an address on important and pertinent topics. The inaugural lecture was being planned for March 2020 with Pranab Babu planning to come to Sambalpur to deliver the same. However now the lecture is being envisaged in December, 2021.