School teachers facilitate student transport to save job in Odisha 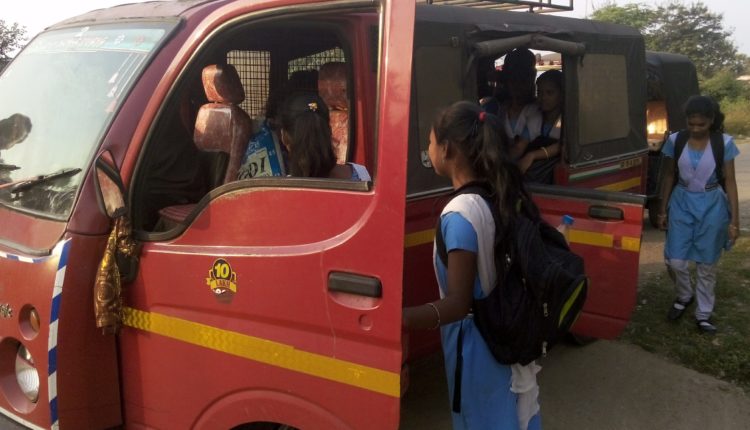 Angul: Stringent rules by Odisha School & Mass Education department forced the school teachers to provide transport facility for the students to and from their homes to save job here.

Several incidents have been reported earlier in media about the struggle of the students to reach schools and get education in remote areas of the state. But there is a school in Banarpal in Angul district where the teachers are paying from their pockets in the past three-four years to bear the student transport expenses to increase the student enrolment in the school.

As per the government rules, a school having less than 30 students per class will be closed.

However, the decline of student enrolment in the school posed as the big challenge for the teachers to save their job. As the school has received only the block grant status, the teachers could not be rehabilitated in other schools if the school gets closed after failing to meet the government guidelines.

Under such circumstances, the teachers are proving student transport facility from their salary to bring and drop the students from Talabahali, Shalgadia and Kantabania areas of the district.

Despite their effort, the school did not witness a sharp rise in student enrolment in the past few years.

The number of students is declining at Banarpal Indira Gandhi Girls High School where as more number of students getting admission in PBK High School in the area. Each teacher is paying one-month salary towards vehicle rent for student transport to continue the block grant status and save their job. Around Rs 1.10 lakh is spent per year to bear the expenses, said Headmistress Bijaylakhmi Das.

9 evergreen reel couples of Ollywood who tug at our heartstrings