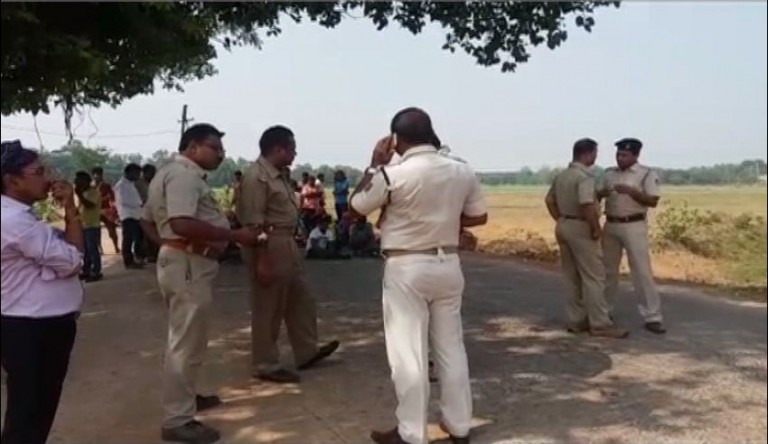 Authorities today clamped section 144 at market area of Delang in Puri district as the tension still continues here over past dispute between two villages.

Two platoons of police forces have been deployed to control the situation. Four IICs, Puri SP and Tehsildar are also present at the site.

According to reports, the tension erupted after few youths of Jagdalpur village assaulted an ice cream seller during Delang festival on Sunday. The incident was protested by Belupada villagers.

Following the incident, a person identified as Kusha of Belupada village was beaten up by few locals of Jagdalpur village on Tuesday.

Responding to attack, a group of people attacked a Jagdalpur villager identified as Sandeep Balbantray on the same day.

The locals of two villagers attacked each other on Wednesday by pelting glass bottles and stones. Even over 40 bombs were hurled at market area.