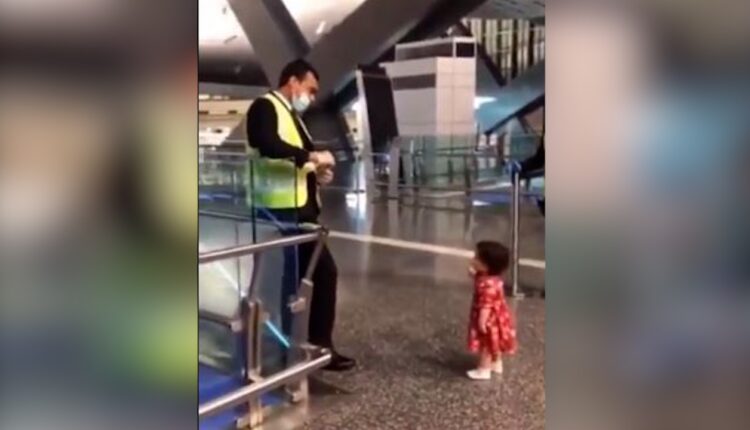 When the officer nodded, the child ran towards her aunt to give her goodbye hug. The aunt also took the baby girl in her arms.

While posting the video on Twitter, one user captioned, “She asked the officer permission to say goodbye to her aunt at the airport.” However, the caption did not mention at which airport the video was shot.

She asked the officer permission to say goodbye to her aunt at the airport. pic.twitter.com/bcsb9rnxt6

Many Twitterati replied to the video post and mentioned that the adorable moment was shot at the Hamad International Airport, Qatar.

Worth mentioning, in August this year, the Skytrax Annual World Airport Awards’ list ranked the Hamad International Airport as the best in the world.

Delhi’s Indira Gandhi International Airport was placed at the 45th rank in the Skytrax list.