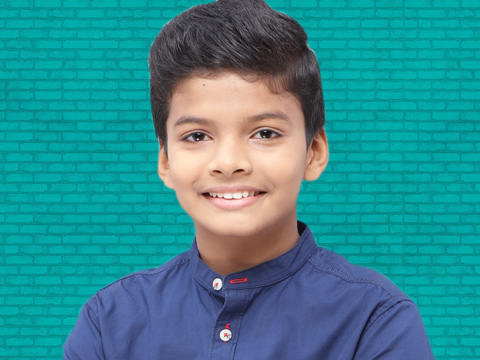 Odisha’s most talented budding singer Satyajit Jena, who has been enthralling audience, juries and judges with his powerful performance in almost all the episodes till the date at Sa Re Ga Ma Pa L’il Champs 2017 aired on Zee TV, has emerged as the most adorable performer in India’s biggest singing reality show.

Whether it is Dard E Dil Ki Sifarish…or Mile Ho Tum Humko…the 12-year-old Satyajit has expressed the emotion beautifully in all the songs. Here is the top five chartbuster performance by the rising star, who is one of the top eight contestants, in the mega show so far.

He delivered a chartbuster performance on the song Mile Ho Tum Humko…, composed by Tony Kakkar and sung by Neha Kakkar.

The boy from Odisha’s Anandapur town of Keonjhar district performed the chartbuster number ‘Sawan Aaya Hai’ from the movie ‘Creature’.

The biggest applause he received when he sang Janam Janam…in Mom special at the show attended by great actress Sridevi. He scored 100% for his performance. He was overwhelmed to see his mother after three months.

He was commended in duet performance with another contestant Shanmukhapriya for the song Chaar Kadam…a track from the film ‘PK’.

He added another feather to his cap by getting offer from Oscar award winner and India’s music maestro AR Rahman for seven-day training at his studio. He had sung one of the songs of Bollywood blockbuster film ‘Roja’ composed by Rahman. Although, he could not score 100 percent at the episode but he was the true winner by getting offer from legendary Rahman.

Besides, he had stunned the audience, juries and all three judges including Himesh Reshammiya for singing Dard Dilo Ke Kam Ho Jaate…a track from Himesh Reshammiya’s movie ‘The Xpose’ and Arijit Singh’s song Sanam re…