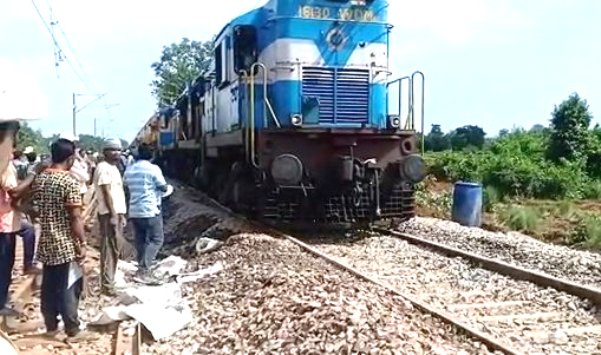 Bhubaneswar: The train services on Rayagada-Titilagarh route resumed today after restoration of railway track, which was washed away due to flash floods two days ago.

The railway services had come to a standstill after soil ballast below track washed away between Doikalu and Ambodala Stations on August 6.

Due to damaged railway track, three wagons of a goods train travelling to Vedanta in Ambodala (AMB) Railway Station derailed on Tuesday night.

The incessant rain under influence deep depression caused flash floods in southern region of Odisha following which several trains had been cancelled, diverted and short-terminated.