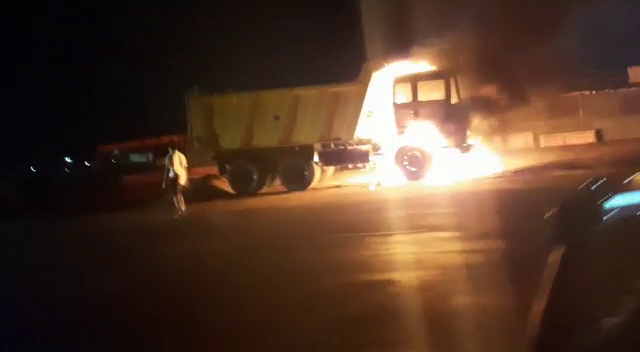 Bhubaneswar: A sand-laden truck was damaged as it caught fire on the Bhubaneswar-Cuttack stretch of the NH-16 near Pahala in Odisha late last night.

According to reports, smoke started emanating from the engine of the ill-fated vehicle, following which the driver and the helper alighted from the truck.

Moments later, the vehicle caught fire. On being informed, Fire personnel reached the place and doused the flames.

The reason behind the outbreak of fire was yet to be ascertained.