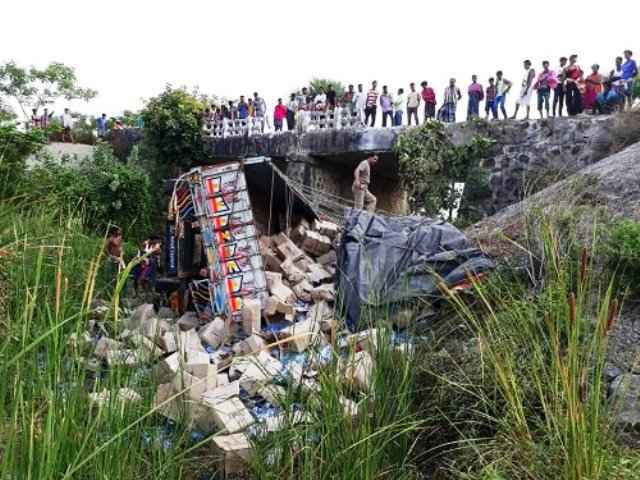 Boudh: A truck laden with goods fell off a bridge and the driver died on the spot in Boudh district of Odisha here today.

Reaching the accident site, police recovered the driver’s body and sent for autopsy. The deceased has been identified as the resident of Bhaliabadi village in Khurda district.

According to reports, the truck loaded with ‘Kinley’ water bottles was moving from Khurda to Balangir. It fell off a bridge losing its balance near Masanipada village near National Highway 57 under Manamunda police limits in the district.

Police started investigation into the incident.