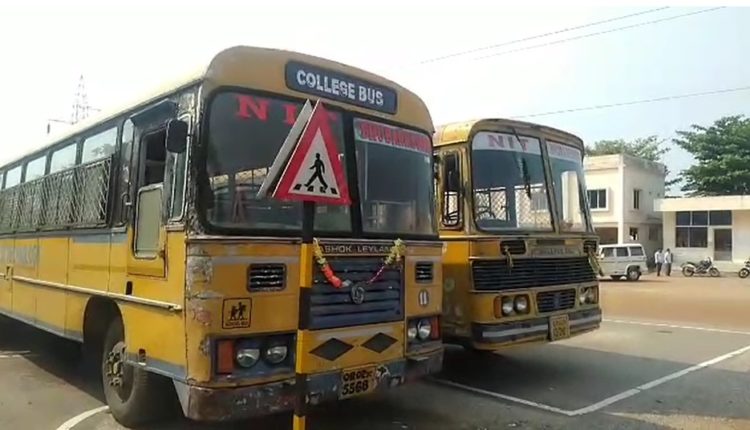 The RTO officials stopped the vehicles owned by Nalanda Institute of Technology (NIT), a private educational institution, during checking at CRP Square in Bhubaneswar.

The officials issued challans of Rs 25,500 each against Principal of the college for flouting the traffic norms.

As the drivers of the buses failed to show valid FC and RP (road permit), the officials detained the vehicles under section 207 MV Act.