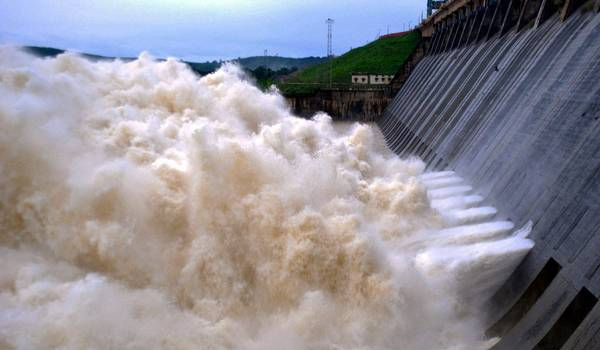 Sambalpur: In view of rise of water level at Hirakud dam, the authorities today opened two more gates to release excess floodwater from the reservoir.

With opening of two more sluice gates, the water is being discharged through 7 gates from the dam.

Currently, the water level at Hirakud dam stood at 620.39 ft by 12.00 pm on August 18 against storage capacity of 630 ft. The average inflow of water at the reservoir was recorded 1,62,840 cusec and outflow 1,27,481 cusec, the Water Resources Department informed in a tweet.

On August 15, 20 sluice gates were opened to discharge floodwater from the dam in phases following incessant rain in upper catchment areas of Mahanadi River. Later, 15 gates were closed in last two days.