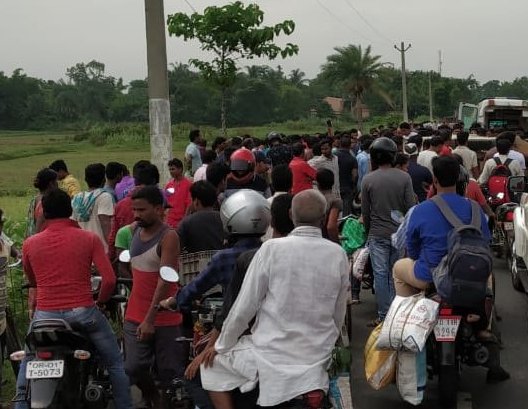 Balasore: In a tragic incident, two women labourers were killed and seven others sustained critical injuries after a pick-up van carrying them overturned at Sojanagarh under Nilagiri police limits in Odisha’s Balasore district today.

The deceased were identified as Gurubari Singh and Namita Singh of Muduguda Sahi.

The driver of the vehicle lost control over the wheels following which it turned turtle, reports said.

A concrete mixer machine was also being carried in the pick-up van, which led to imbalance in the vehicle’s movement, sources said.

The injured ones have been admitted to the Nilagiri hospital for treatment.