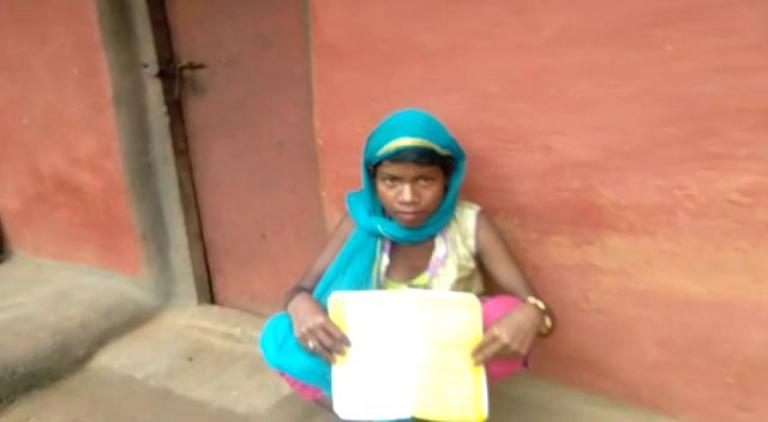 Bhubaneswar: Even though the Centre made it mandatory for the beneficiaries of National Food Security Act (NFSA) to link ration cards with Aadhaar number, it forgot that hundreds of villagers in rural areas still lack Aadhaar numbers and will be deprived of the benefits of subsidized rice scheme.

Seema Munda, an 11-year-old girl from Salarapentha village under Mahadeijoda panchayat of Keonjhar Sadar block has been the latest victim of the Center’s visionless decision.

After her mother left her and father died when she was child, Seema has been living with her grandfather. Amid all obstacles, she had been going to school and having meals twice daily. They were getting 10 kg of rice in a month under the Mission Antyodaya programme.

But two years back, Seema’s grandfather died due to age-related ailments following which the girl was all alone. She had been managing to eke out a living out of five kg rice supplied per month under the Food Security Act until August this year.

However, after the Centre made mandatory linking of Aadhaar with ration card, Seema has been facing difficulties to get rice this month. Though she approached the panchayat office to get rice, she had to return empty-handed as she did not have an Aadhaar number.

To feed herself, she is collecting firewood from the nearby forest and selling them at the village market. But during rainy days or when she falls ill, the girl has to stay hungry for couple days.

“Though my neighbor helps me, I face difficulties most days to get food and fulfil other basic needs,” said Seema adding that she will be happy to go back to school.

The Centre decided to make the Aadhaar-ration card linking mandatory, but it did not bother to give a thought for economically backward sections and less privileged, who usually do not know how to get an Aadhaar card.

The district administration should take some steps to ensure that Seema gets an Aadhaar card, said Sanjib Sahu, a villager.

Comments from the district administration could not be obtained about the matter.

Action against RTO staff having links with touts: Minister