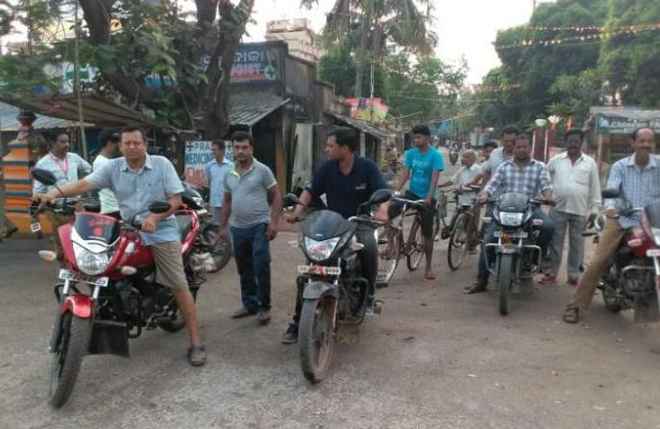 In a huge respite for people in the violence-hit Bhadrak town, the district administration relaxed the curfew for four hours today.

The curfew was relaxed from 8 am to 12 pm. Later, the curfew will remain in force till 7 am on Monday.

People were seen on the streets buying groceries, vegetables and essential commodities from shop between the hours.

The administration has kept vigil on the situation. Around 35 platoons of police forces have been deployed across the town to avoid any untoward incident.

Meanwhile, the crime branch started probe into the alleged offensive remarks on Hindu deities on social media that led to unrest in the town.

“The crime branch probe has started into the alleged offensive remarks and rumours on social media. The crime branch cyber cell is investigating the Whatsapp data. The group admins have been asked for providing the data, informed Crime Branch Special DG BK Sharma.

Strong action will be taken against the persons behind it, he added.

Yesterday, two companies of central forces have reached Bhadrak to deal with the situation following the request by Odisha government to Centre.

The Centre has assured to send more forces to Bhadrak if the situation worsens.

On the other hand, police have arrested 43 persons including the prime accused in connection with the unrest. The government has ordered the police to take strong action against the persons provoking violence on social media.