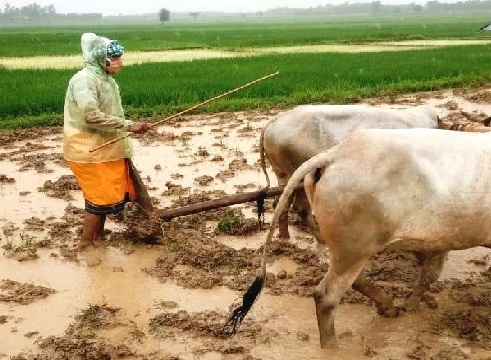 Appreciate party MLA Manohar Randhari for leading by example with his commitment to agriculture and taking pride for his work in the agriculture field. https://t.co/ZwVoSNBcnr

The BJD MLA along with some workers had planted paddy saplings in his farmland at Pujaripada village in Nabarangpur district couple of days ago. Randhari was also seen ploughing the land. Photos and videos of the incident surfaced on social media and went viral.

The legislator, who has 25 acres of land in the area, took up farming after the demise of his father last year. He was earlier assisting his father in paddy cultivation. The MLA opined that young people in society shouldn’t hesitate for farming.