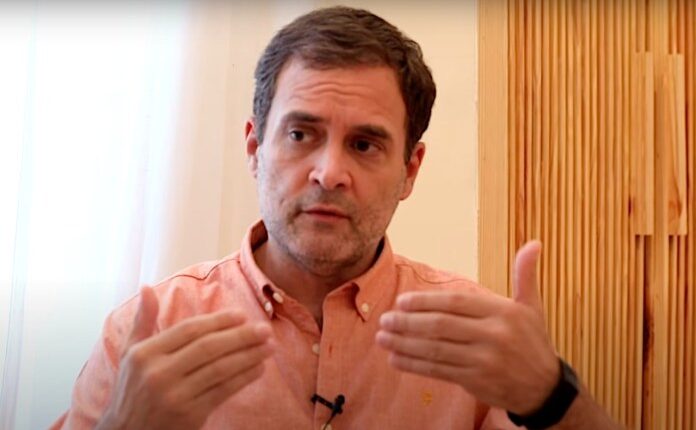 New Delhi: Rahul Gandhi on Friday released a video statement slamming Twitter for blocking his account and alleged that Twitter was taking sides in the politics of the country.

Rahul in the video statement said, “By shutting down my Twitter they are interfering in our political process

“A company is making its business to define our politics. And as a politician I don’t like that. This is an attack on the democratic structure of the country. This is not an attack on Rahul Gandhi.”

He said that he has 19-20 million followers and they have been denied the right to an opinion.

A company is making its business to define our politics

“So, this is not only patently unfair, this is their breaching the idea that Twitter is a neutral platform. And for the investors this is a very dangerous thing because taking sides in the political contest has repercussions for Twitter,” he added.

Rahul Gandhi alleged that the democracy is under attack, opposition was not being allowed to speak in Parliament. The media is controlled.

“And I thought there was a ray of light where we could put what we thought on Twitter. But obviously, that’s not the case. It’s obvious now that Twitter is actually not a neutral, objective platform. It is a biased platform. It’s something that listens to what the government of the day says,” he added,

Twitter has blocked accounts of Rahul Gandhi and many Congress leaders for violating their policy. The Congress has alleged that it was being done on the behest of the government.