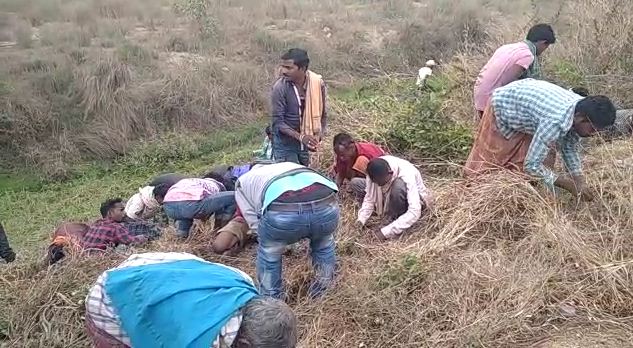 Sambalpur: In an unusual incident, locals were seen picking up ganja that was dumped on roadside in Jhankarpali area of Odisha’s Sambalpur district, today.

As per reports, the ganja was junked on the roadside by an unidentified person. As locals came to know about the matter, many of them gathered at the spot and started collecting the ganja.

Later, several passersby also stopped near the place and did the same.

On being informed, police reached the spot and initiated an investigation to ascertain the person who dumped the ganja.