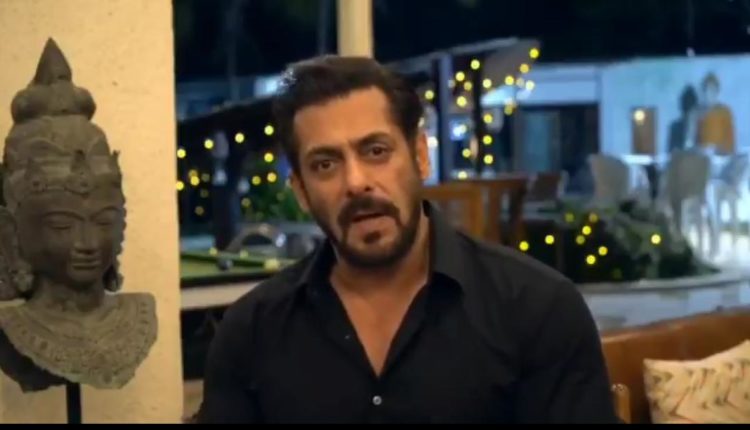 In a nine-and-a-half-minutes video, the superstar began with how he and his family went to their Panvel guest-house to spend a two-day holiday and later got stuck there due to the nationwide lockdown. But, they have been following the lockdown norms during their stay in the farm house, away from the town.

Salman also added that the doctors, nurses, police personnel and other emergency workers are risking their lives and working every day to make sure the infection doesn’t spread and people stay safe. He also talked about the underprivileged and offered them a salute for abiding by the lockdown norms even in these tough times when they don’t have enough to feed their families.

Appreciating the frontline workers of the country, Salman said although everything is being done by them to win this battle against the COVID-19 pandemic, due to the irresponsible action of some ‘jokers’ in the society, the infection has spread and many lives are suffering.

Salman ended his message, explaining that there are only two ways to get past this pandemic- ‘either everyone lives or no one does.’ He asked the viewers to make the right choice.

How regular exercise can protect against COVID-19