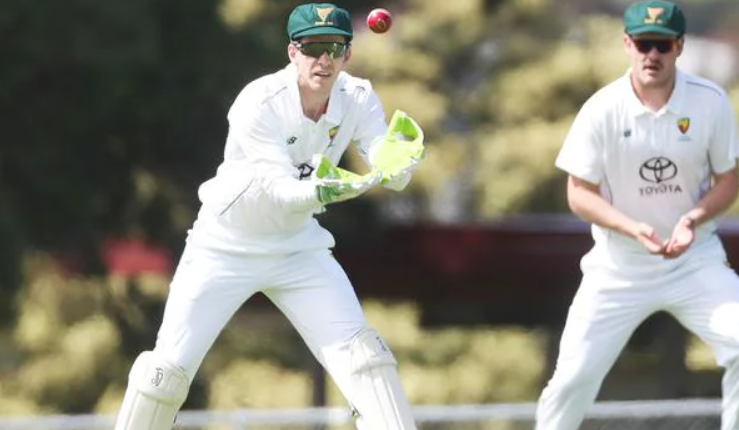 Hobart: Former Australian Test captain Tim Paine made a huge statement on Monday, as he returned to competitive cricket, taking six catches behind the stumps playing for Tasmania second XI at the Lindisfarne Oval here, indicating that he has recovered fully from the invasive neck surgery the wicketkeeper-batter underwent in September.

Paine, who stepped down as Australia’s Test captain following a sexting scandal less than three weeks before the Ashes, had undergone a neck surgery in mid-September to set right a bulging disc that had been causing him discomfort in his left arm and neck. The bulging disc was pressing on the nerve canal, causing pain on the left side of the body.

While the 37-year-old Paine has stepped down as captain, he has made himself available for selection in the Ashes side. On Monday, he finally played his first full day of competitive cricket against South Australia second XI.

Paine looked at ease behind the stumps taking several low catches on both sides as South Australia were bowled out for 165, with Tasmania 58 for one at stumps. Paine will bat for Tasmania if required on Tuesday.

Interestingly, Cricket Australia’s national selector George Bailey too was in attendance during the match.

Paine had relinquished Australia’s Test captaincy in a bombshell announcement on November 19, which had shaken the Australian cricket establishment to the core. In a hurriedly-organised press conference in Hobart, a tearful Paine had announced he was quitting after an off-field scandal was reportedly unearthed.

“Today I’m announcing my decision to stand down as the captain of the Australian Men’s Test team. It’s an incredibly difficult decision but the right one for me, my family and cricket,” Paine had said on November 19.

“As a background on my decision, nearly four years ago, I was involved in a text exchange with a then-colleague (at Cricket Tsamania). At the time, the exchange was the subject of a thorough CA Integrity Unit investigation, throughout which I fully participated in and openly participated in,” added Paine.

“That investigation and a Cricket Tasmania HR investigation at the same time found that there had been no breach of the Cricket Australia Code of Conduct. Although exonerated, I deeply regretted this incident at the time, and still do today. I spoke to my wife and family at the time and am enormously grateful for their forgiveness and support.”

Python travels with passengers in bus in Rajasthan’s…