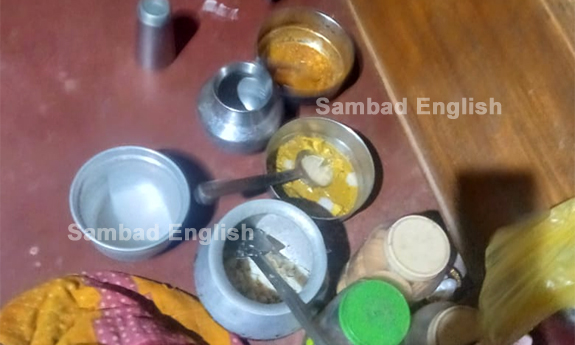 Cuttack: A woman and her two children of Birabarpur village under Badamba tehsil of Odisha’s Cuttack district suspectedly died of food poisoning.

While the two children– Rudra Prasad Patra (10) and his sister Madhusmita (7)– had died yesterday during treatment at a hospital, their mother Runu Patra breathed her last at a private hospital in Cuttack, today.

On the other hand, her husband was undergoing treatment at a hospital while his condition was stated to be critical.

According to a senior police official, an immersion ceremony of Lord Ganesh was going on at Badamba-Maniabandha locality in front of the family’s house. Mother of the two minors had prepared ‘Ghuguni’ and Chat at home, which the family members ate on September 2 night.

On the very night, four of them complained of sickness, headache and vomiting, following which they were hospitalised.

4 students shot at in Maharishi Dayanand University in Rohtak