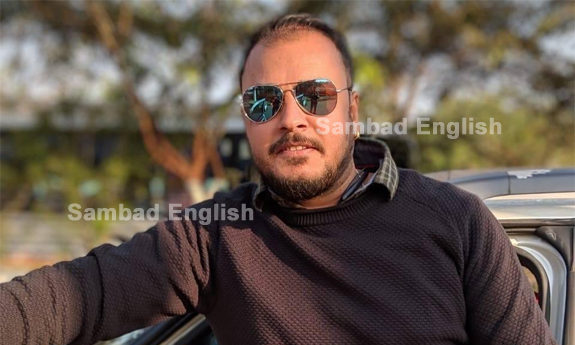 Bhubaneswar: A youth was allegedly beaten to death at a de-addiction centre (Nisha Nibaran Kendra) in Kolathia locality under Khandagiri police limits of Bhubaneswar, today. Family members of the deceased including a number of locals gheraoed the police station seeking justice.

The deceased youth has been identified as Rajeev Srichandan, the son of Surendranath Srichandan, House No-1790, Phase-II of Dumduma Housing Board Colony. He had been working as Section Officer (SO) in the Finance Department, Government of Odisha.

A source said that Rajeev was previously admitted to the de-addiction centre about a week ago.

“Even if the de-addiction centre is located nearer to the All India Institute of Medical Sciences (AIIMS)-Bhubaneswar, why Rajeev was taken to Capital Hospital in Unit-6,” the agitating locals questioned.

“The youth was carried in a private auto-rickshaw instead of ambulance vehicle,” they alleged.

Body of Rajeev had several injury-marks on chest, face, back, legs and hands, a friend of the deceased youth and complainant in the FIR named Manas Ranjan Gouda expressed.

Video footages of the CCTVs installed at the de-addiction centre must be scrutinised by the police and manager of the facility be arrested soon, the agitators demanded.

All Souls Day: Wishes, Messages, Quotes, Significance and Why is it Observed