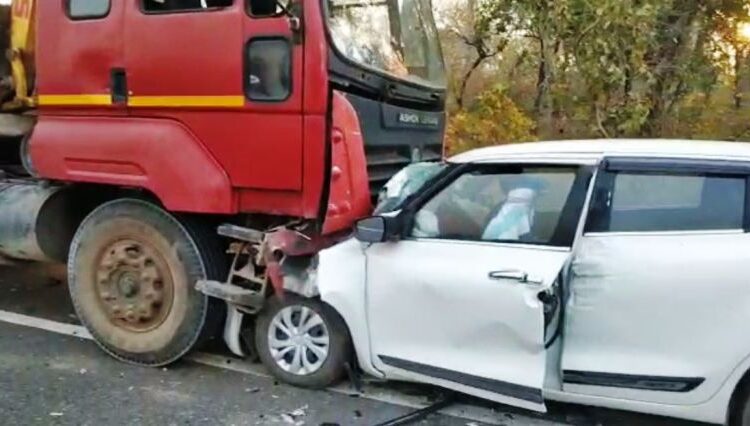 Boudh:  Life can be too harsh and unfair sometimes. Right after performing the last rites of father, a youth  died in a severe road mishap in Odisha’s Boudh district today.

Reportedly, one Arun Meher of Tarava area of Sonepur district was killed and his four relatives suffered grievous injuries after the car they were travelling in rammed into a stationary truck on NH-57 near Karadakotha under Purunakatak police limits in Boudh district today. Arun was returning from Puri after performing the last rites of his father when the incident took place.

On receiving information, police reached the spot and sent the injured to Boudh District Headquarters Hospital (DHH) for treatment. The police also initiated an inquiry in this connection.