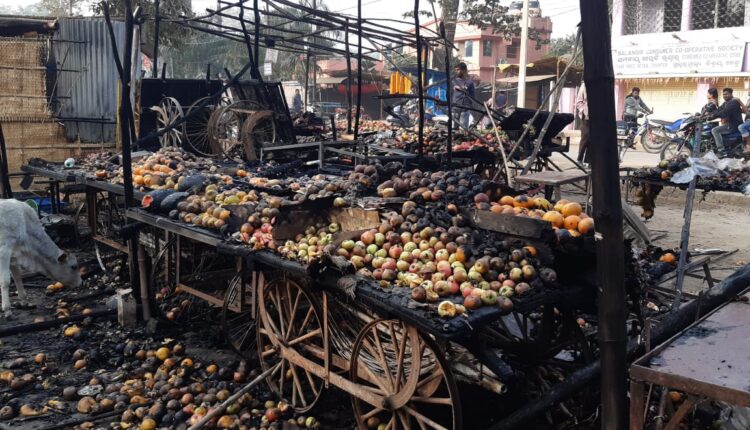 Balangir: A person was critically injured and property worth lakhs of rupees was reduced ashes after a major fire broke out in a fruit market near the Government bus stand here late last night.

Reportedly, eight fruit shops were  gutted in the fire. On receiving information, a firefighting team rushed to the spot and doused the flames. However,  the cause behind the fire is yet to be ascertained.

One Kunu Dalei, who suffered critical burn injuries in the mishap, was admitted to Bhima Bhoi Medical College and Hospital here for treatment.