FEATUREDODISHA LATEST
By Biswajeet On May 23, 2017 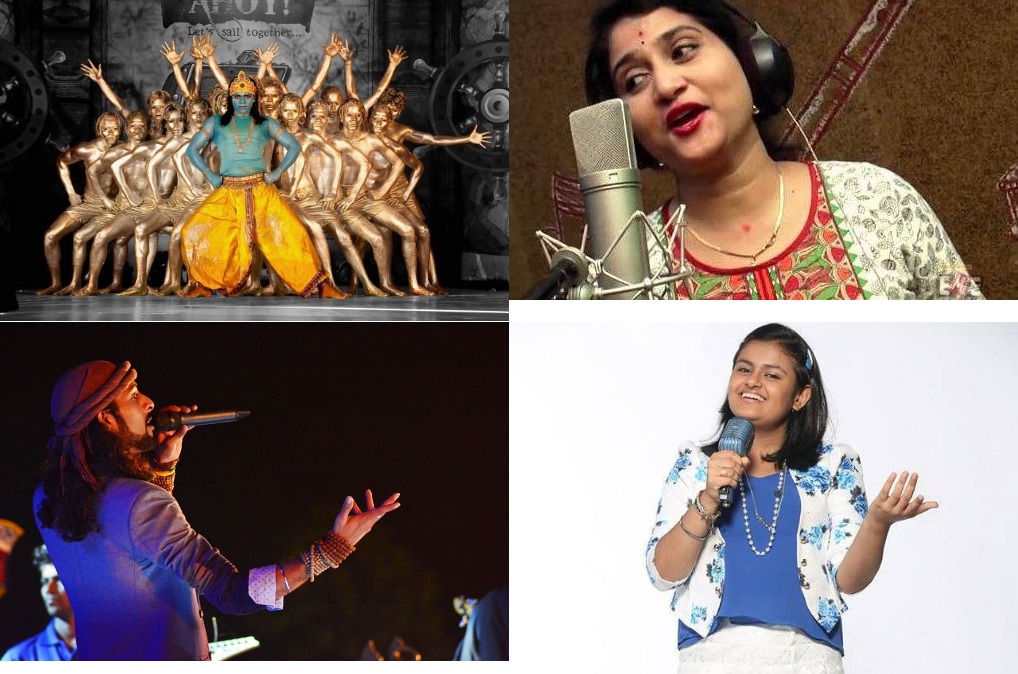 Odisha Sun Times brings to you a list of talented Odias who made waves in the world of reality television shows:

This sweet-faced 13-year-old from the capital city of Odisha melted the hearts of the jury and audience alike and won Indian Idol Junior Season 2 in 2015. She went on to lend her voice in the movie M.S. Dhoni and has released her debut single Mausam Mastaana last year.

The newest addition to talented Odias on reality television winners is Barnali Hota who won the the runner-up trophy of music reality show Dil Hai Hindustani, aired on Star Plus this year. With a charming smile and a dynamic voice, she is now eyeing the American reality show, America’s Got Talent.

With a rustic look and a heart-rending tale of struggle to make it big in the world of entertainment, this Nimapada youth won hearts and made audience cry when he clinched the winner’s title in the show India’s Raw Star of Star Plus in 2014. From featuring in MTV’s celebrated Coke Studio to playback singing for Bollywood movies, Rituraj is one of the country’s celebrated singers today.

Say this name and the image of Lord Vishnu and his ten incarnations is conjured in the mind’s eye. Constituted by daily labourers and differently-abled individuals, this dance troupe from Berhampur stole the show and won the first season of India’s Got Talent in 2009. Today, they are booked throughout the year for their multi-faceted and layered performances in the country and abroad.

A dazzling smile, flawless dance moves and a super-flexible body to die for—Rajasmita Kar from Rourkela became a dancing sensation on the stage of Zee TV’s dance reality show Dance India Dance in 2012. She had left her undergraduate studies to pursue dance and her hard work paid off, when she won the third season of the show.

Just 12 years old and this boy from Keonjhar is making waves in Sa Re Ga Ma Pa Lil Champs, telecast on Zee TV. Touted as being among the top contenders of the title, Odisha Chief Minister Naveen Patnaik too had appealed to the audience to support him.

This suave dancer from Berhampur, wooed the judges of reality show India’s Got Talent in its second season with his locking and popping and reached the grand finale round in 2010. Post that, he became the face of the Airtel ad during the telecom brand’s re-launch and was selected by the biggest entertainment company of Canada, Cirque du Soleil to represent dance of India. He performs at corporate shows and teaches Bollywood dance to other dancers from foreign countries. He also won the Best Debutant award for acting in his maiden Ollywood film.

Manas Kumar Sahoo is the magician on sand. He was also a finalist on India’s Got Talent Season 2 in 2010 and enthralled all with his sand animations. This sand artist from Puri was also a part of Aamir Khan’s show, Satyameva Jayate and has won national and international acclaim for his sand art and animations.

A modest and bespectacled Sohini Mishra from Cuttack, made a name for herself and Odisha when she bagged a place for herself in the Top 6 round in the sixth season of Sony TV’s Indian Idol in 2012. She has sung for a number of Ollywood movies, released her debut solo Indipop Hindi album called Love Rainbow and has won recognition and awards in the Odia film and entertainment industry.

Sporting a chic blunt bob haircut, this petite beauty from Bolangir crooned her way into the hearts of the audience with unique and melodious renditions of many songs on Zee TV’s Sa Re Ga Ma Pa Rising Superstar in 2010. Today, she performs classical and fusion music concerts in India and worldwide and also made her debut in Tamil movie industry.

The first Odia singer to grace the reality television screen, Ira Mohanty was already an established playback singer in Odisha when she appeared in Sa Re Ga Ma Pa music reality show of Zee TV in 2013, hosted by Shaan. She won 7 episodic rounds in the contest and sung Odissi classical and Jayadev Sangeet (the quintessential music of Odisha) for the first time on national television, apart from performances of other Bollywood songs.