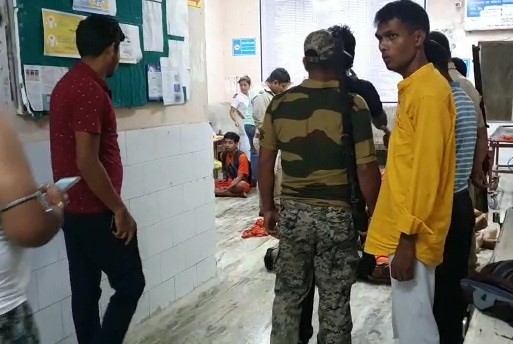 Taking to microblogging site Twitter, he expressed his deep grief over loss of lives.

Deeply saddened to learn about the loss of so many precious lives in electrocution in #CoochBehar District of West Bengal. My thoughts and prayers are with the bereaved families in this hour of grief and pray for the speedy recovery of those who have sustained injuries.

According to media reports, as many as 10 people were electrocuted while they were travelling in a pick-up van in West Bengal’s Cooch Behar district

Authorities said that six others were also critically injured in the incident.

Initial probe has revealed that the electrocution was likely triggered due to the short-circuit of a copper wire of the generator installed at the rear side of the carriage vehicle.

A total of 36 passengers on board the van were heading towards the Alpesh temple near Maynaguri in Jalpaiguri district.

Some of the survivors have informed the Mathabhanga Additional Superintendent of Police, Amit Barma that the short-circuit happened when the vehicle was crossing the Dharala Bridge on the Jamaldaha-Changrabandha state highways.

“As per information that we have received from the surviving passengers the short-circuit somehow happened, following which many passengers were electrocuted. The driver of the carriage vehicle without wasting time rushed towards the Jalpaiguri district hospital,” Barma told media persons.

However, after reaching the Jalpaiguri district hospital, the driver of the van went missing and the police are trying to locate him.

The victims were mainly residents of Sitalkuchi area in Cooch Behar.