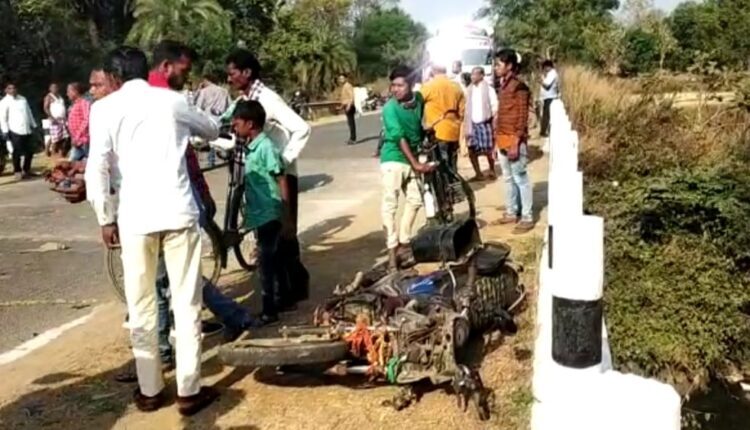 Kantamal: Two youths were killed on the spot and two others sustained grievous injuries after the motorcycles on which they were travelling had head-on collision today near Dhanakhandi Square on Manamunda-Kantamal state highway (SH-41) in Boudh.

The deceased were identified as Nabin Danta from Sulia village and Soumya Ranjan Panigrahi from Kantamal village, both under this police limits in the district.

A police source said that Nabin and Soumya were on their way back home after seeing Makar Mela (a funfair) at Palsagora when they met with the fatal road mishap leading to their untimely deaths.

On being informed by some locals, Kantamal police reached the accident site and rescued the two injured. Police later sent them to a health facility in Sonepur for treatment.

Police have registered a case in this connection and launched a probe. Bodies of Nabin and Soumya were sent to the hospital for post-mortem, the senior official said.