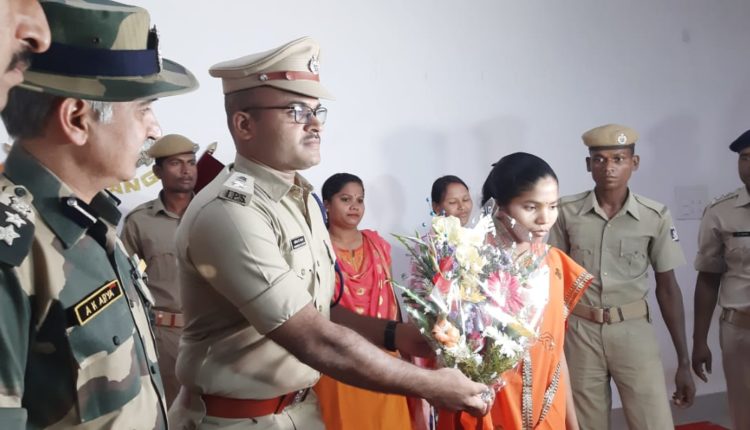 Malkangiri: A 22-year-old woman Maoist, who was carrying a cash reward of Rs 2 lakh on her head, surrendered before the Malkangiri SP today.

The surrendered Maoist identified as Adme Madkami, a resident of Kamarpalli village under Mathili police limits in the district, was a party member of Military Platoon-31 under Darva Division of CPI(Maoist).

Adme, who had joined the banned outfit in 2015 ,  was involved in more than six criminal activities, including murder and exchange of fire.  She decided to join the mainstream after seeing various developmental activities being undertaken by the state Government. She was also disappointed with Maoist leaders’ behavior towards women cadres and the continuous physical and mental harassment  they were subjected to.

After realizing that Maoist leaders are doing nothing for the development of the downtrodden people in the society, she decided to shun violence.

Meanwhile, police have assured to provide her monetary assistance as per the Surrender and Rehabilitation Scheme of Government of Odisha. She will also get financial aid for building house, pursuing studies and getting training in a trade or vocation of her will.