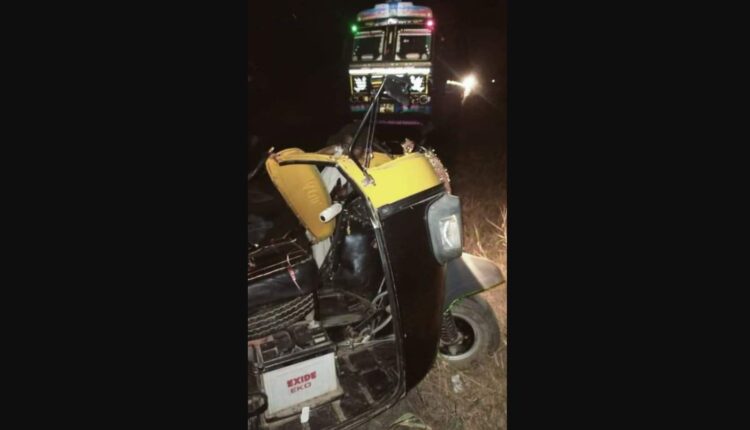 Bargarh: In a tragic incident, three youths died as a truck hit an auto-rickshaw in which they were travelling near Sarasara village on the outskirts of Odisha’s Bargarh town last night.

According to reports, the trio was heading towards Barpali from Bargarh in the three-wheeler when a speeding truck hit the ill-fated vehicle around 10 pm killing them on the spot.

Till last reports came in, the identities of the deceased were yet to be established. Police have recovered the bodies for post-mortem while investigation was underway.