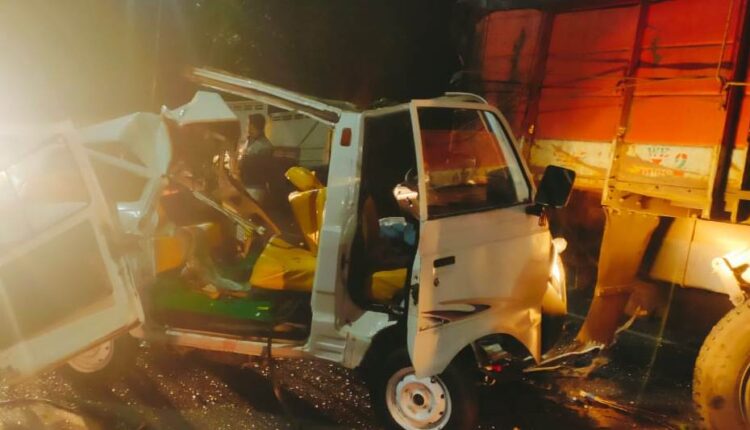 Phulbani: As many as four persons including two children were killed and four others sustained critical injuries after a car they were travelling in hit a stationary truck near Lahabadi area under Phulbani Sadar police limits last night.

The injured persons were referred to the MKCG Medical College & Hospital in Berhampur for treatment. The identities of all deceased persons are yet to be ascertained.

According to preliminary reports, the incident occurred at around 12.25 am when the car carrying total eight persons rammed into a stationary truck after losing its control. While one died on the spot, seven others were rushed to the District Headquarters Hospital, Phulbani, where three persons succumbed to injuries. Later, four persons were shifted to the MKCG Medical College & Hospital in Berhampur.

Source said that all the occupants in the car were returning to Gumagarh village after attending a function at Talapada in Kandhamal district.