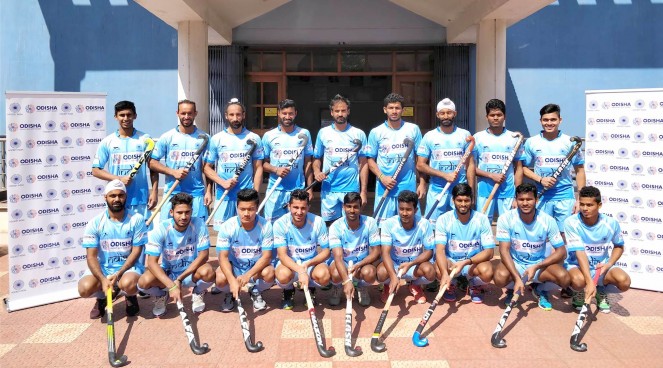 New Delhi: As many as four hockey players from Odisha– Amit Rohidas, Dipsan Tirkey, Nilam Sanjeep Xess and Shilanand Lakra– have been selected in the national team for the 27th Sultan Azlan Shah Cup scheduled to begin from March 3 in Ipoh, Malaysia.

Sardar will captain the side, while the responsibility of vice captain will be shouldered by forward Ramandeep Singh. Experienced defenders Rupinder Pal Singh, Birender Lakra and Kothajit Singh are not in the squad, and neither are seasoned attackers S.V. Sunil and Akashdeep Singh and veteran goalkeeper P.R. Sreejesh.

The decisions are not only aimed at keeping the players fresh ahead of a busy year but also giving youngsters the opportunity to stake their claim. It will ultimately result in having a strong core group, according to Dutch tactician Marijne.

“Just like the New Zealand Tour where four players made their International debut, the Sultan Azlan Shah Cup is a great opportunity for these new players to get international exposure against top teams,” stated chief coach Sjoerd Marijne in a Hockey India release.

The tournament will see World No.1 Australia, World No.2 Argentina, England, India, Ireland and hosts Malaysia in a contest that ends on March 10.

While Sumit Kumar (Junior) is part of the ongoing Senior National Camp, Mandeep Mor from Haryana and Shilanand Lakra from Odisha have been called-up from the Junior Men’s Core Group. They were also part of the India colts team that won bronze medal at the Sultan of Johor Cup last year.

By introducing new players to the senior fold, Chief Coach Marijne is looking at long-term gains for the team that has set their eyes firmly on the 2020 Olympic Games in Tokyo.

“With youngsters who have done well in New Zealand as well as few more getting the right international exposure, it will only help us create a bigger group. Playing top teams in their first tournament will be challenging but this is also an opportunity for the seniors to help the youngsters adjust to this level,” added the 43-year-old Dutch Coach.

On Sardar’s role as captain, Marijne said, “Sardar is one of the leaders in the core group and in Manpreet Singh’s absence, he has been chosen for the job. He is an experienced player and having missed two tournaments previously, this is an opportunity for him to show his skills.”

“This tournament is extremely important for the players who are going because it is another opportunity for them to experience high level competition especially from teams like Australia and Argentina.

“This is a chance for them to show their capability at the international level and ensure their place in the squad for future tournaments,” said Marijne.

Ranji Trophy will be held in two phases this season: BCCI…